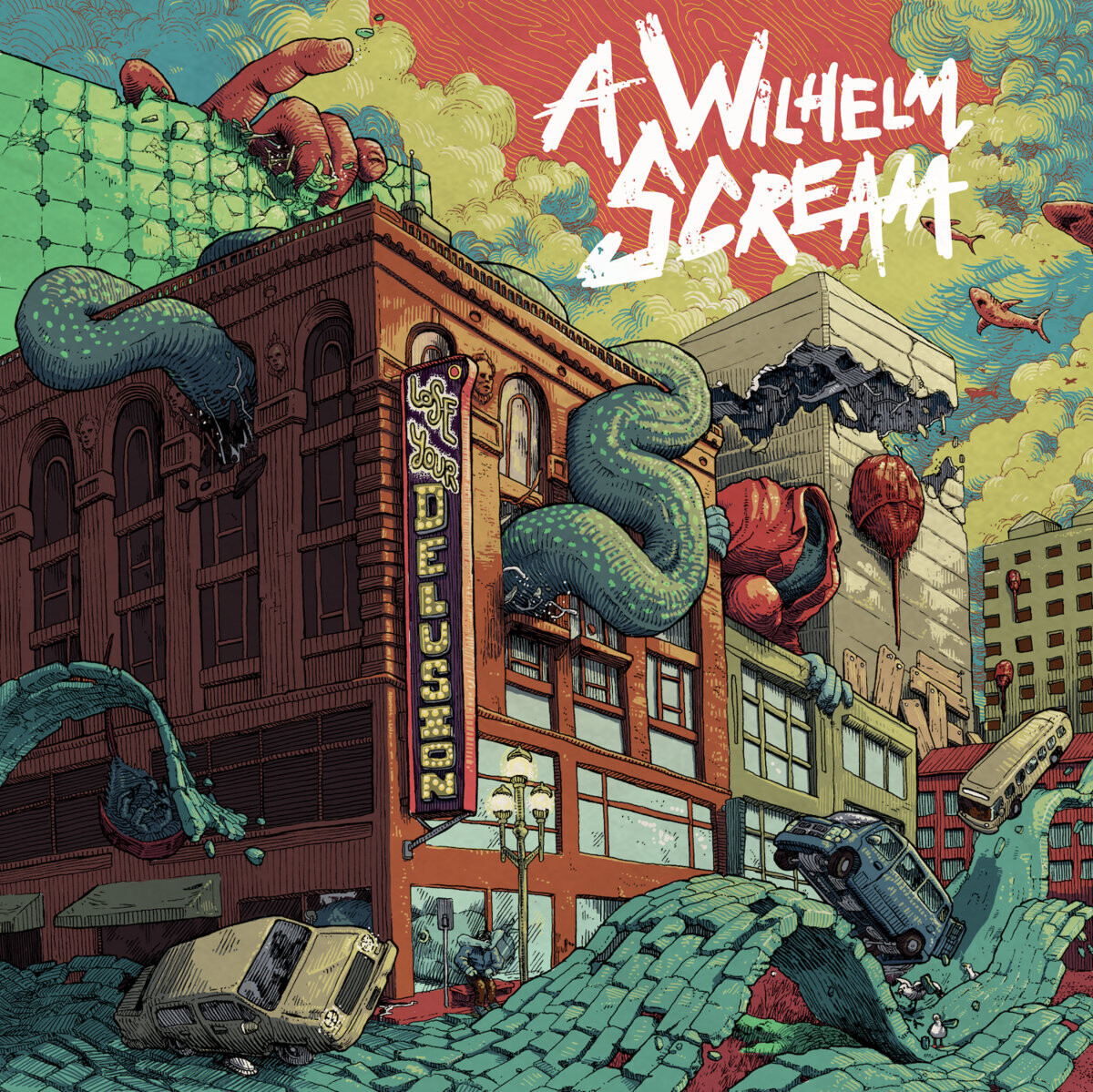 A WILHELM SCREAM (Massachusetts, USA) - Lose Your Delusion LP (2022) Released by Creator-Destructror Records (USA) on your choice of: Purple & White Marble -or- Yellow/Green & Blue Marble -or- Transparent Blood Red w/Black Smoke gatefold vinyl. It’s been eight years and change since a full-length album was released by the everything and the kitchen sink Punk attack machine known as A Wilhelm Scream. Without any singles or EP releases for fans to chew on since late 2013, there were no hints or tidbits of what to expect when Lose Your Delusion finally dropped in April of 2022.

The opening track, “Acushnet Avenue At Night”, begins with two minutes of ambient distortion and fuzzed-out guitar riffing; no bass, no drums, no vocals. The listeners might be thinking: when will things kick into gear? Is this whole song just an intro? You guys are going to play fast and heavy any second now, right?

True to form, things do get very fast and very heavy, but I would say decidedly less pissed-off when compared to their previous material. Songs like “GIMMETHESHAKES” and “Figure Eights In My Head” have a fun, happy feel with upbeat choruses that get stuck in your head a little deeper than you want them to. Some listeners might like this more than their usual freight train of chaos where it may seem as if every instrument is about to fall off the rails, but instead come together in one cohesive sonic boom.

The artwork for this release deserves special mention. Interlacing scenes spanning across city streets and buildings presented in a slick, trippy, wonderland of colour and texture. It really makes owning the gatefold LP edition of the album worthwhile. The CD edition is also packed with a full-size lyric booklet in a traditional jewel case that doesn’t skimp on any of the art, unlike many cardboard sleeve CD releases that some record labels seem to press as an afterthought these days. LONG LIVE AWS and LONG LIVE PHYSICAL MEDIA!! -- Creator-Destructor Records – CD080