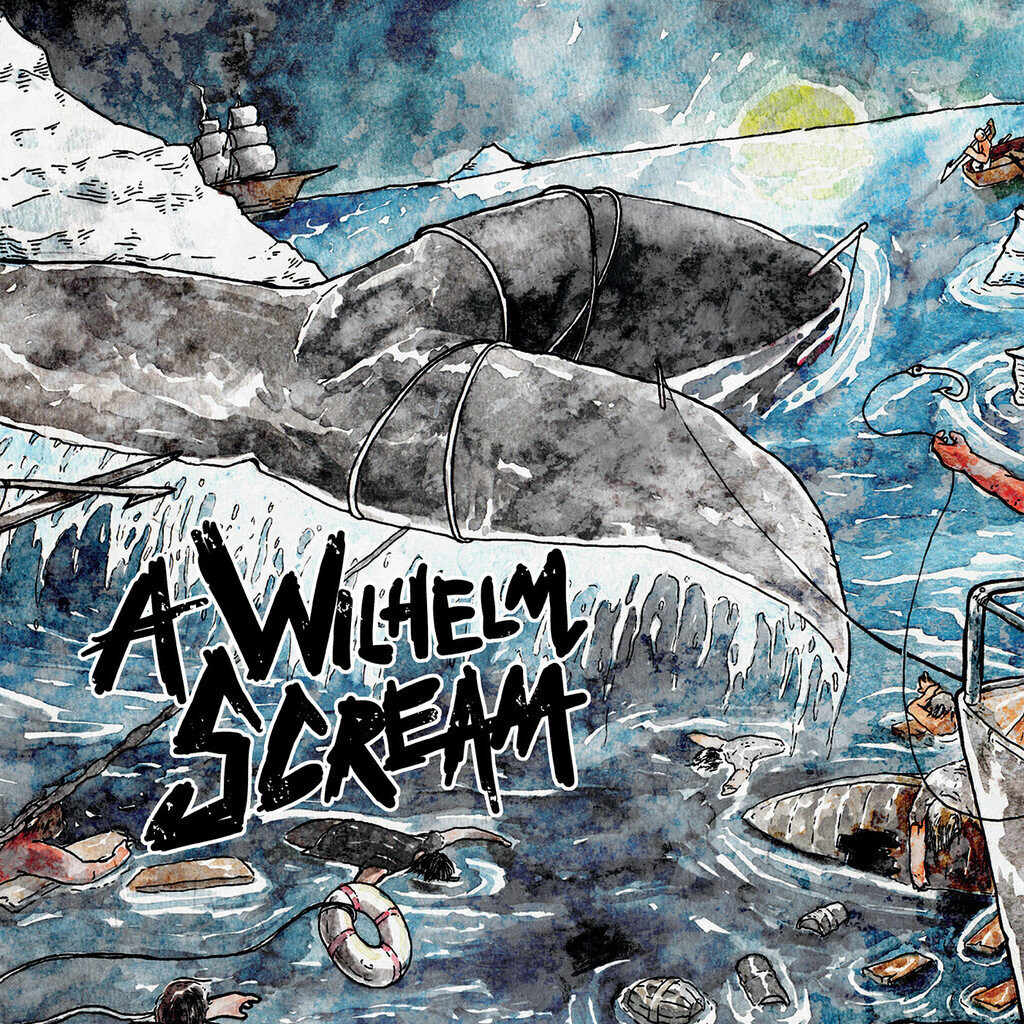 A WILHELM SCREAM (Massachusetts, USA) - Partycrasher (2022 No Idea Records re-press on Brown w/Multi-Coloured Marble vinyl). Adrenaline-powered and instantly catchy, "Partycrasher" is a straight for the throat, Melodic Hardcore rampage, clearing a path with signature "Did they just land that?" transitions and breaks.

The long-awaited, much anticipated 2013 album delivers exactly what the legions of fans have been craving! Technical wizardry wrapped in a singalong, kickflipped and covered in a rich tomato sauce, then topped with a layer of tasty cheese.

Produced and Engineered by band guitarist, Trevor J. Reilly and Mike Supina at Black & Blue Studio in New Bedford, MA. Mixed at The Blasting Room. -- No Idea Records – NO IDEA 330