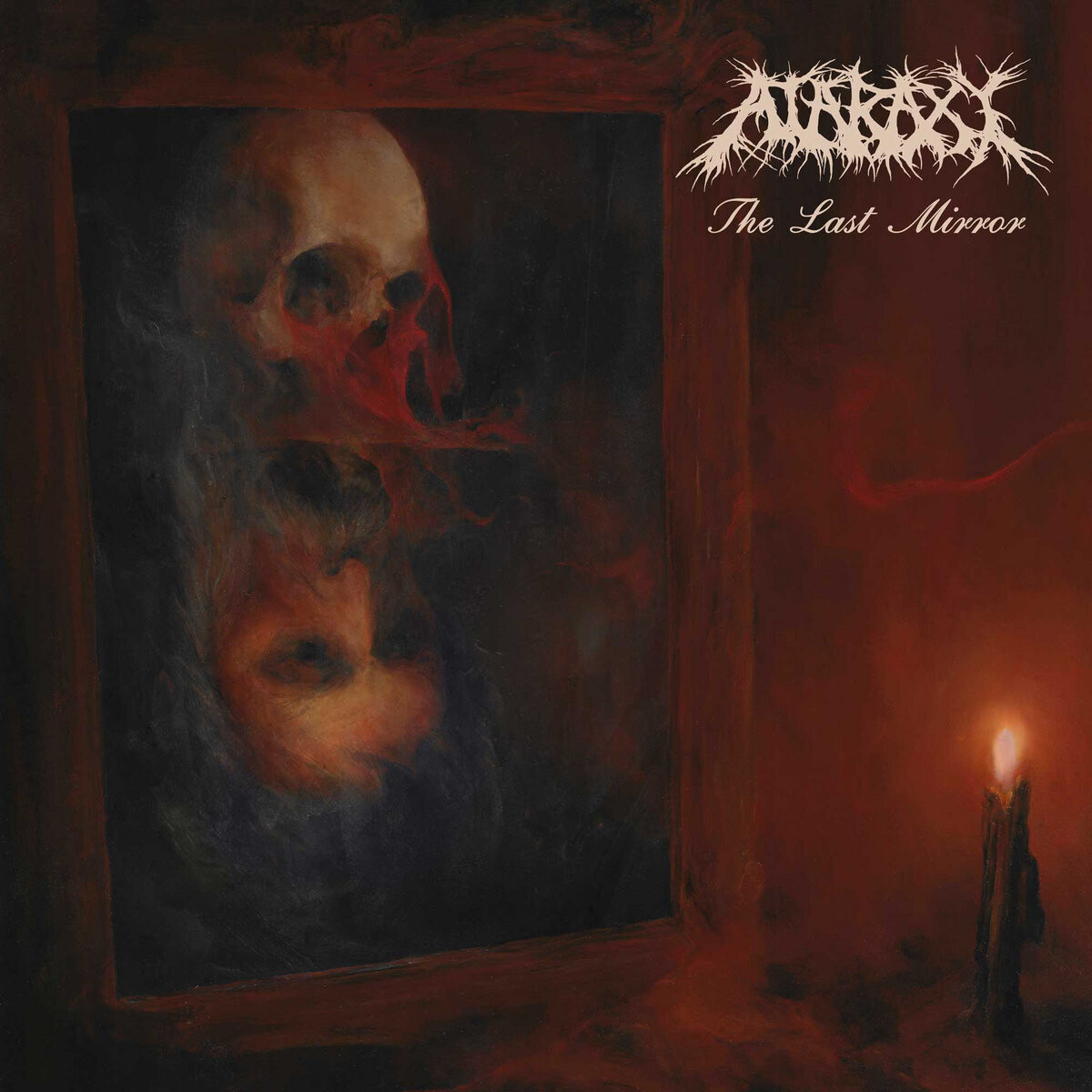 ATARAXY (Spain) - The Last Mirror LP (2022) Released by Me Saco Un Ojo Records (UK) on Traditional Black vinyl. Spain’s ATARAXY is perhaps one of the best kept secrets of Death Metal. Between their absolutely magnificent albums and a couple equally worthy EP’s, there is a small yet loyal following of this band who cannot be shaken. Festering in the Lovecraftian pits of doom-tinged Death Metal played with unforgettable atmospherics and high-quality songwriting (with phenomenal art and production never forgotten) there is no mistaking them.

Their new offering opens with a glistening introduction of charnel hypnosis before descending into the depths once more. Once more it will be an instantaneously submerging experience for all whom dare tread their sepulchral pathway into abhorrence due to the expansive instrumental assaults that grip you with their many-tendril led approach. From discomforting vocals and eerie leads to the monstrous guitar riffs and contorted bass backed up by some truly hard-hitting drum work, everything works in unison yet slightly out of sync to bring you further into the nightmare of “The Last Mirror”.

This new opus, much like its predecessors, works best when listened to intently as a truly engrossing tale of dread and darkness, though individual songs still stand out on their own merits. Aside from the introduction, the band leads with the longest, most drudging track which will be an effective way at shunning away casual listeners, discouraging their unworthy ears from this ghoulish sonic entity that will only be truly appreciated by those with a keen and patient ear.

Those special few will be entranced and rewarded by an album that is spectral and yet the violent blows it lands are unmistakably corporeal as they will leave you reeling. Continuing their own pathway, the sound is a very natural progression from their previous efforts, which have grown from strength to strength in their own burgeoning wormhole of profoundly superb music. Perhaps most noticeably, and without sacrificing and of the Death Metal savagery at the core of everything they do, the cinematic side of this record is tenfold stronger than most.

In fact, like a self-elected prophecy of doom, their own epic nature has decided the course of the record to be a soundtrack to despairing carnage and intensity that no mortal can withstand. -- Me Saco Un Ojo Records – MSUO 146