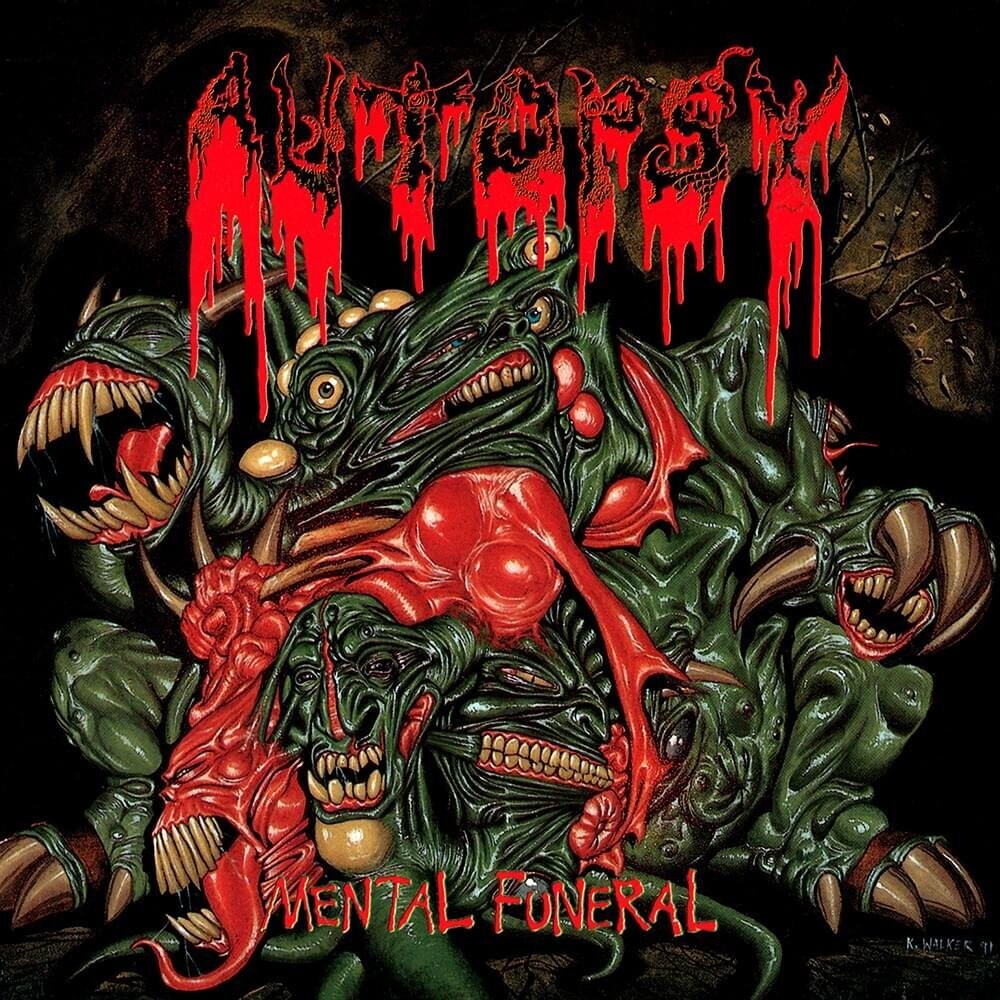 Californian Gore-Metallers AUTOPSY emerged in 1988 and had an almost immediate impact on the global underground Metal scene. Frontman Chris Reifert was already known due to his work as drummer with Florida's highly-respected Death Metal combo, DEATH, along with Chuck Schuldiner (who sadly passed away in 2001).

Early 1991 saw the release of AUTOPSY's first EP, Retribution For The Dead, closely followed by their 2nd full-length studio album "Mental Funeral." A brutal landmark which still makes it into many Metal journalists all-time charts, is now lauded as being the most important AUTOPSY album of all time and is seen as practically defining the band's core sound and attitude. Mental Funeral was awarded the #5 spot on Decibel Magazine's Top 100 Death Metal Albums of All Time list. -- Peaceville – VILELP25