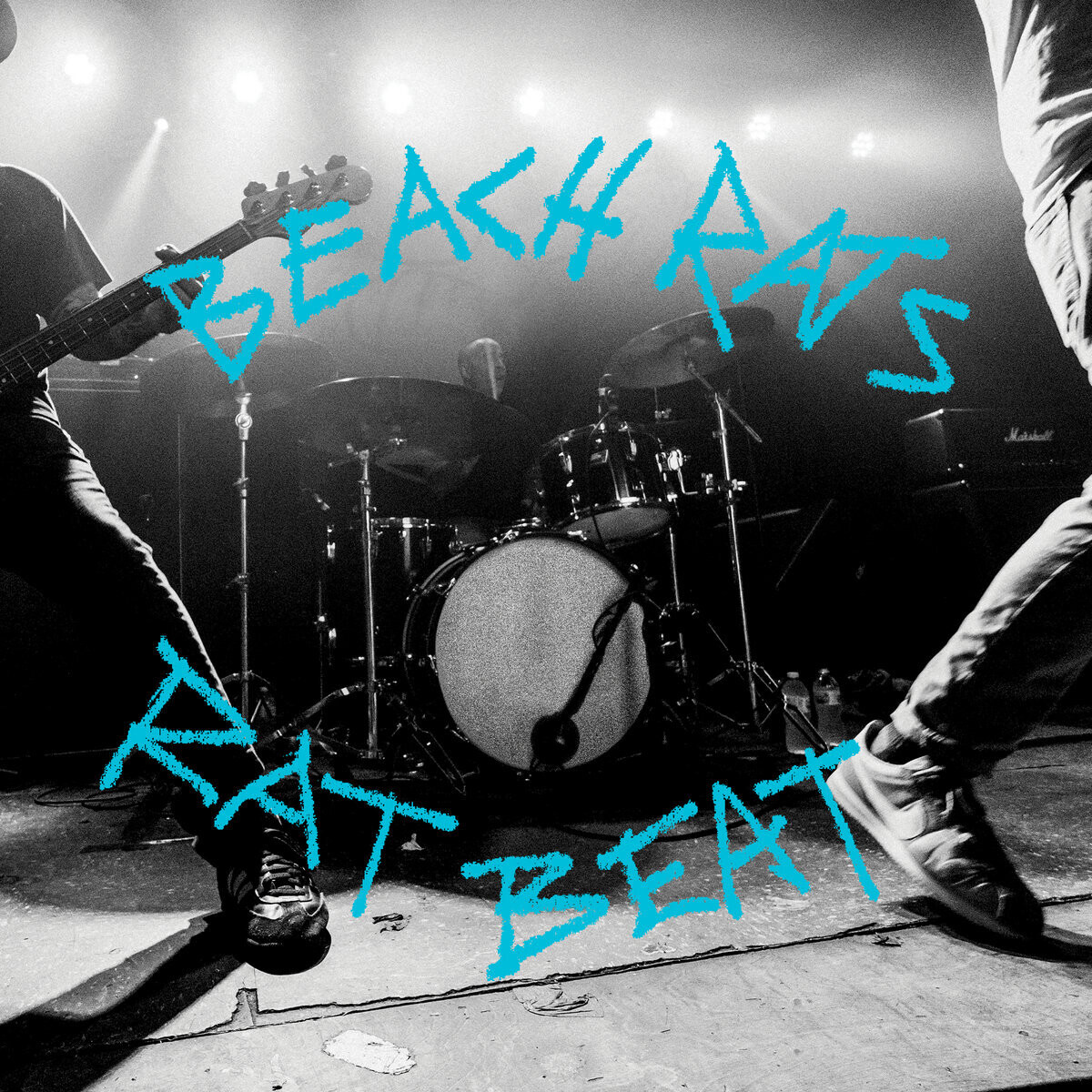 BEACH RATS (NJ, USA) - Rat Beat (sealed LP copy) (2022) Released by Epitaph Records (USA) on Clear vinyl. Asbury Park is the reason. The languid beach community of Asbury Park, New Jersey, has long been a port-of-call for many a disaffected musician from Springsteen at The Stone Pony to countless Punk and Hardcore festivals at Asbury Lanes and Convention Hall.

Against this backdrop of Rock and Punk history comes BEACH RATS. “I had moved to Asbury Park,” recounts guitarist Brian Baker (yes, that "Brian Baker" from Bad Religion fame). “And it turned out that Pete Steinkopf and Bryan Kienlen from The Bouncing Souls were sniffing around and had the idea to do a fun side-band with Ari Katz from Lifetime. They had recently played together at a memorial for Dave Franklin [Vision frontman, R.I.P.] and had a blast. That was the foundation of it. Like most of my career, I walked into a pre-existing situation, ready to go. They were talking about it and I was immediately like, ‘I want to be in a band! Bands are great, let’s go!”

Don’t call it an “All-Star” band or have any illusion that BEACH RATS is anything more than five Punk Rock lifers in an Asbury Park basement making a riot of their own. “It’s loose, it’s imperfect, don’t overthink it,” says Baker. “It’s the experience of doing it. The time travel, that’s what it’s about.” -- Epitaph – 87711-1