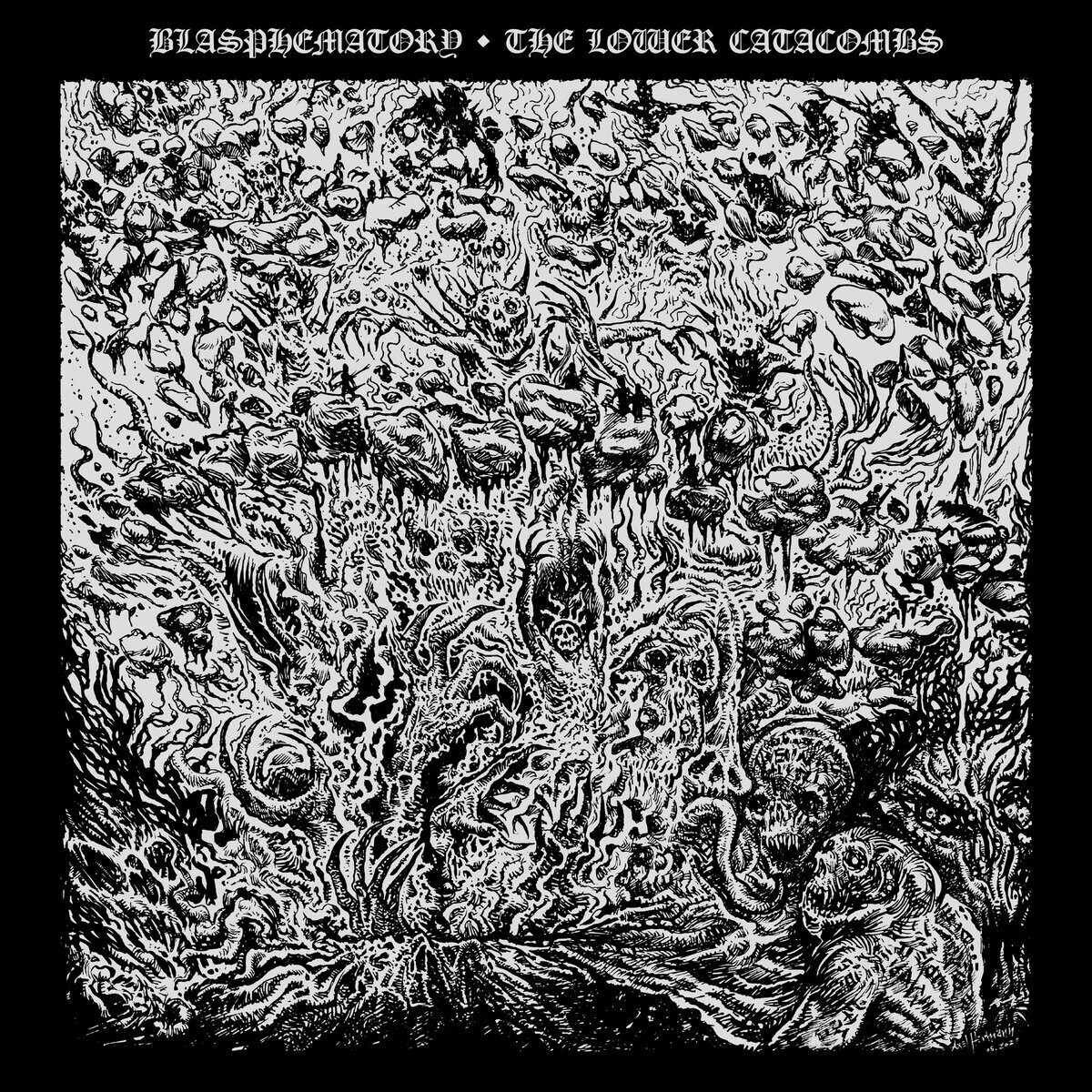 BLASPHEMATORY (NJ, USA) - The Lower Catacombs LP (2022) Released by Nuclear Winter Records (Greece) on traditional Black vinyl - limited to only 350 copies. Hailing from New Jersey, Blasphematory proudly play old-style DEATH METAL. The group was formed in 2018 by Abazagorath founder Chris Warhead and member Joe Aversario after unplanned rehearsals, which eventually led into the writing and recording of a demo titled Depths Of The Obscurity.

Blasphematory continued to develop their sound, which is largely influenced by time-tested American and Swedish styles whilst combining the dark melodic elements of the band’s Black Metal origins, all of which culminated in the recording of their first full-length, also titled Depths Of The Obscurity.

Subsequently, Blasphematory were joined by Tom Deceiver of Altar of Gore as second guitarist, and this expanded lineup is responsible for the writing and recording of the band’s 2nd full-length studio offering, The Lower Catacombs. Righteously filthy but displaying even sharper songwriting prowess, The Lower Catacombs picks up exactly where Depths of the Obscurity left off and goes even deeper into the low-and-slow Death Metal abyss, creating a more focused and complete representation of Blasphematory‘s sound.

While references to Funebrarum and Disma are still valid here, Blasphematory exude a charisma that’s undeniable: crushing, ignorant DEATH METAL only for maniacs; all others will be summarily crushed. Sink to The Lower Catacombs! -- Nuclear Winter Records – NWR087