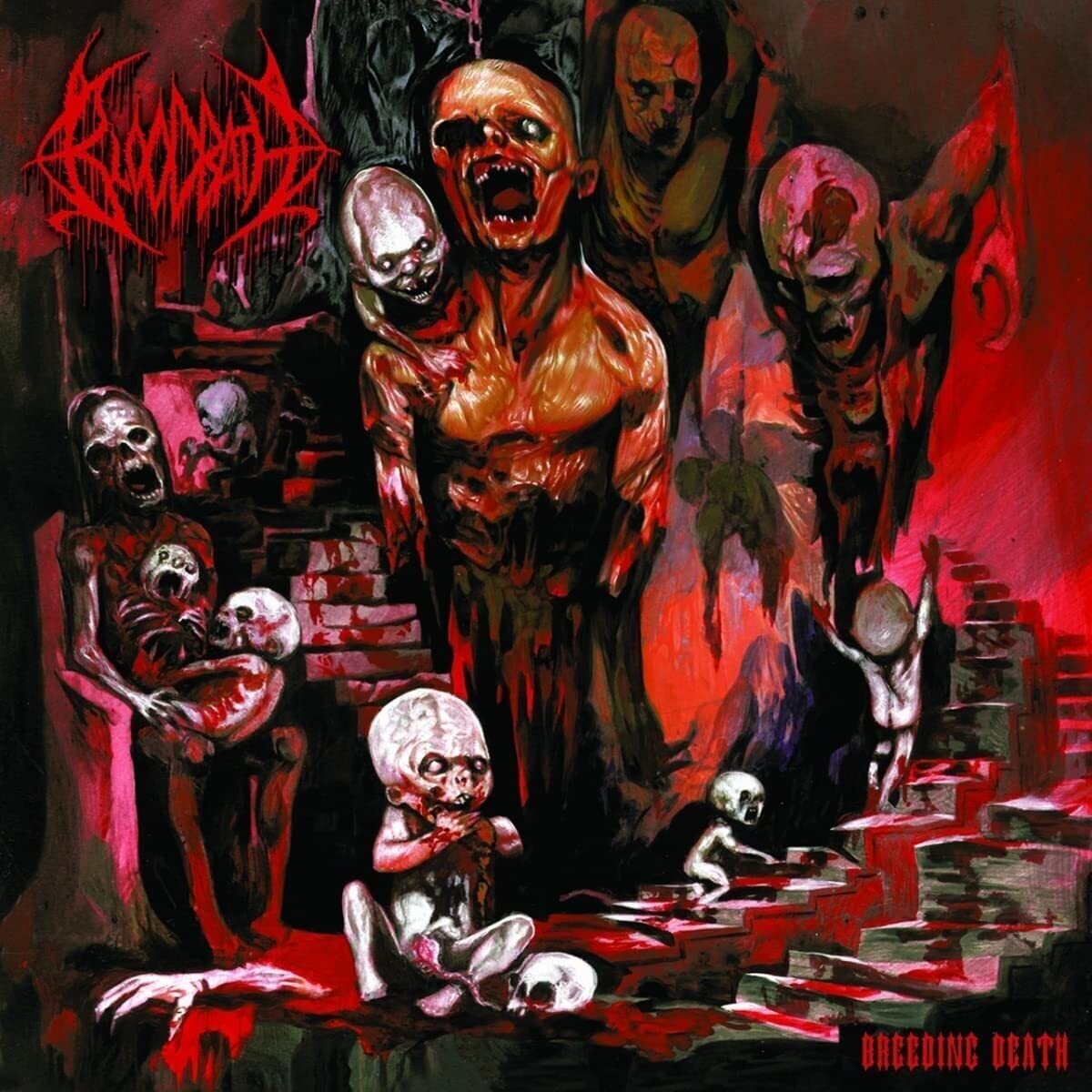 BLOODBATH (Sweden) - Breeding Death (sealed LP copy) (2022 Black vinyl pressing released by Peaceville Records (UK) Originally released back in 2000, this is the debut EP from Swedish Death Metal masters, Bloodbath. This re-issue includes two bonus demo tracks on side B, which were not included on the original release.

Bloodbath is a titan of Death Metal from Stockholm, Sweden, notable for the inclusion of Katatonia and Opeth members. Formed in 1998 with a mutual fascination for horror and the glory days of Death Metal from classic bands such as Entombed, Morbid Angel, Cancer & Autopsy, Bloodbath has remained a leading light of Extreme Metal since the release of this Breeding Death EP, and a formidable force for over 20 years now.

Breeding Death was the original catalyst to propel Bloodbath into the Death Metal sphere with full force. Primarily dedicated to recreating the buzzsaw, high-energy sound of mainly Swedish greats such as Entombed, Carnage and Dismember, Breeding Death was pure Death Metal worship to re-ignite the fading Old-School essence of brutality as the 21st century dawned. -- Peaceville – VILELP978