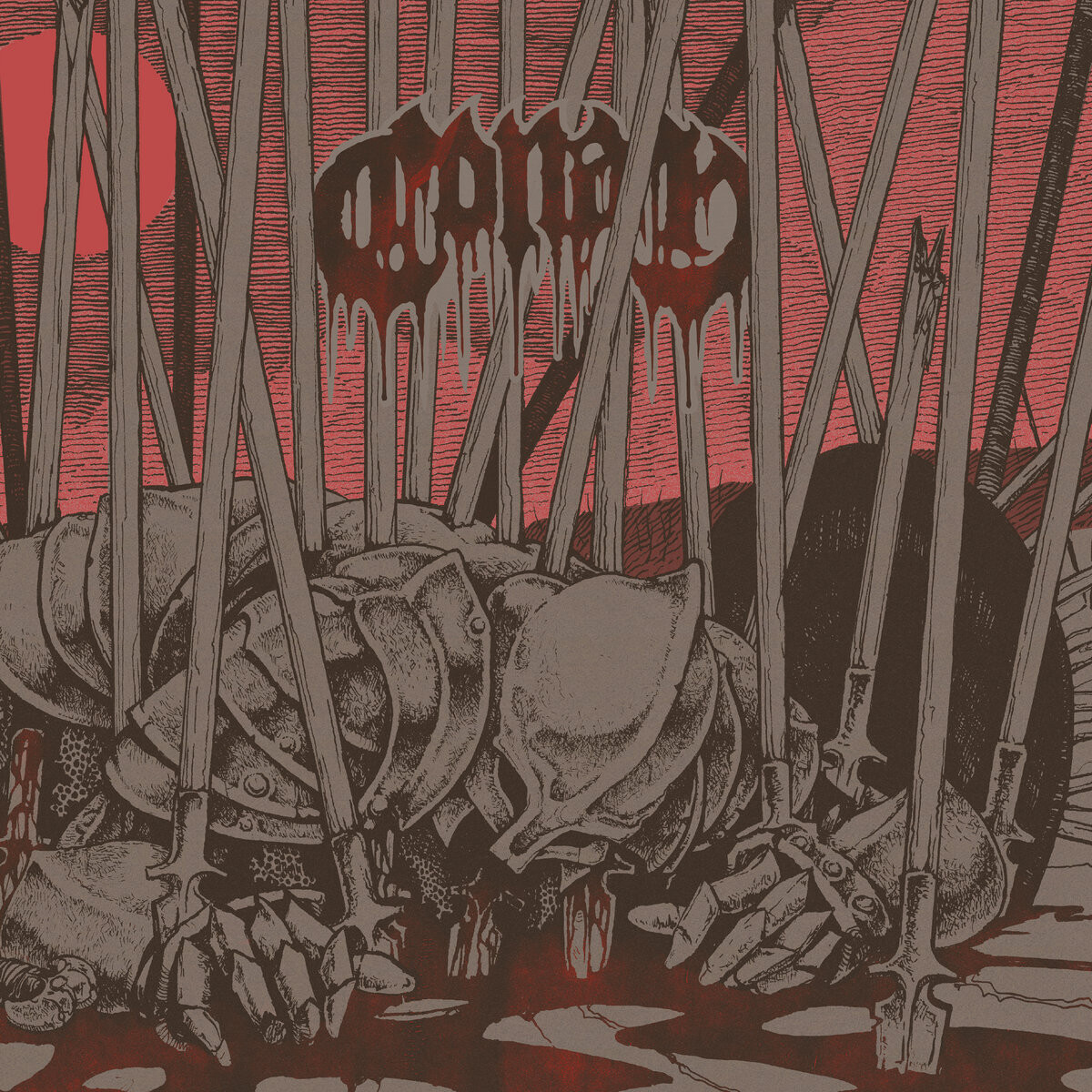 From colossal opening track 'A Cleaved Head No Longer Plots', CONAN’s upcoming magnum opus will overrun you like a steamroller. The British kings of brutally heavy slowness put their down-tuned pedals to the limit, crushing ears and minds when huge, rumbling chords and riff beasts muscle their way in over lances of infinite distortion.

On tracks such as 'Levitation Hoax', CONAN showcases their trademark sound combined with up-tempo, fierce riffage, and a pounding, impulsive groove in Epic Caveman Battle Doom grandeur, before the song drags you into a safe, deep black hole. Second album single, 'Righteous Alliance', emphasizes that CONAN are the masters of their craft, while Jon Davis spits his lyrics over the uber-synchronized power chord changes and tempo shifts of the anti-holy trio of bass, drums and guitar.

Evidence Of Immortality was recorded and mixed by Chris Fielding, was mastered by James Plotkin, and also sees former band member Dave Perry performing on 'Grief Sequence'. Bow down and hail CONAN, as their sound will live immortal on the battlefield of doom, and their new album will be the ultimate Evidence of Immortality! -- Napalm Records – NPR942VINYL