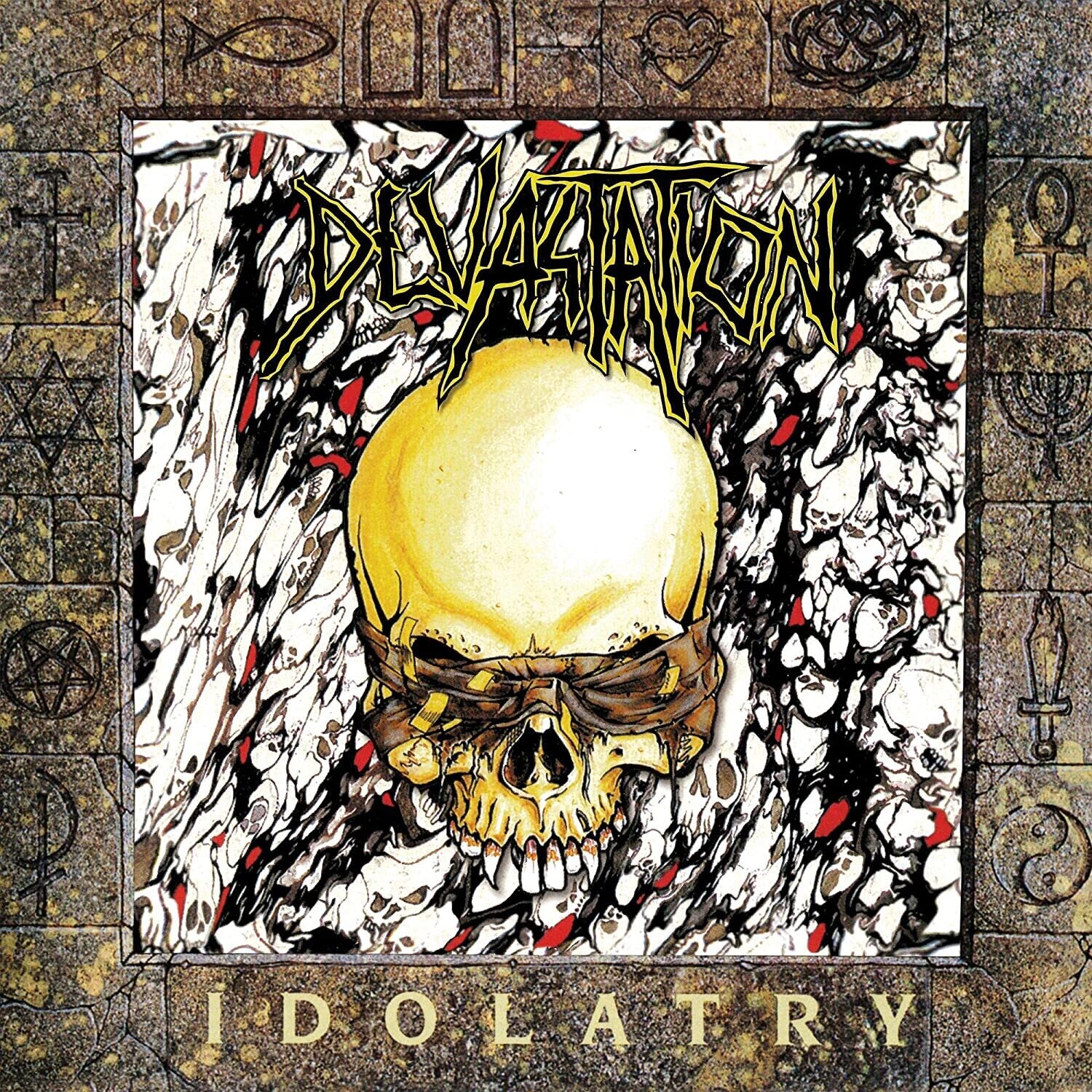 DEVASTATION's first two albums were pretty badass in their own right, arguably the best the burgeoning Texas Thrash scene had to offer, but it was "Idolatry" that really upped the ante for this Corpus Christi group. In a just world, it would have been their "Arise" — smart, classy, well-written and played, thought-provoking lyrically, yet still as intense and pummeling as ever, with brooding midtempo moments like the title track nestled next to blazing, head-down thrash like "Never Believe".

It's a dark, paranoid, murky record, one of the unsung gems of the latter Thrash era, going in and out of print and commanding respect among a discerning few since its original 1991 release. ABSOLUTELY MANDATORY!!! -- Century Media – 19439952911