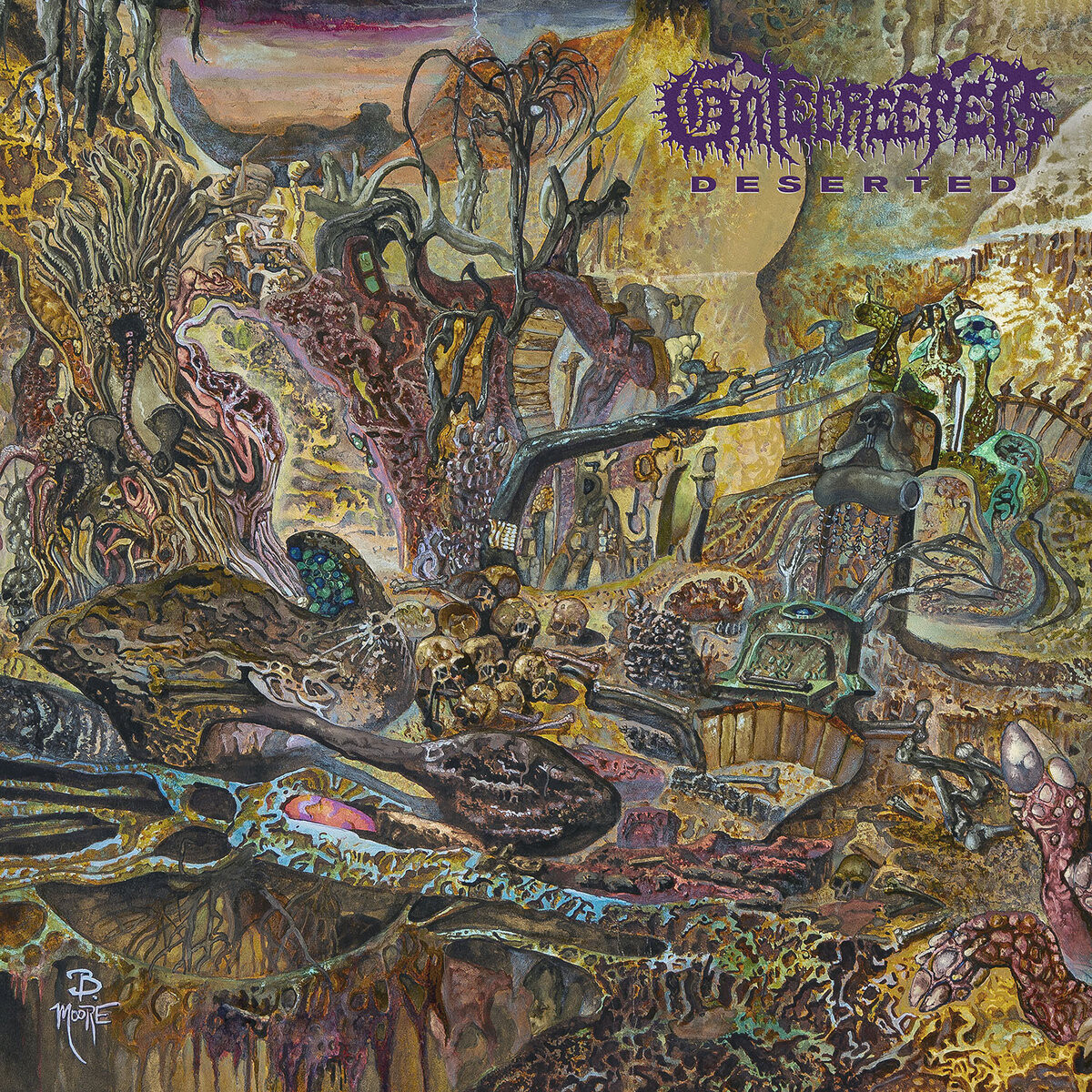 Of course, the band nodded to their scorching home state with the title of their 2016 full-length debut, Sonoran Depravation. The theme continues on Deserted, which boasts songs like “Sweltering Madness,” “Boiled Over” and the double-meaning title track.

You can hear the results on “From The Ashes,” a crushing cut primed for the European festival circuit. Over on side two, “Boiled Over” fuses classic BOLT THROWER with the pulverizing power grooves of sludge titans CROWBAR. Album closer “Absence Of Light” upholds GATECREEPER's tradition of finishing their records with a Deathly Doom Dirge. Take your chance and become forever Deserted. -- Relapse Records – RR7435, Relapse Records – RR45381