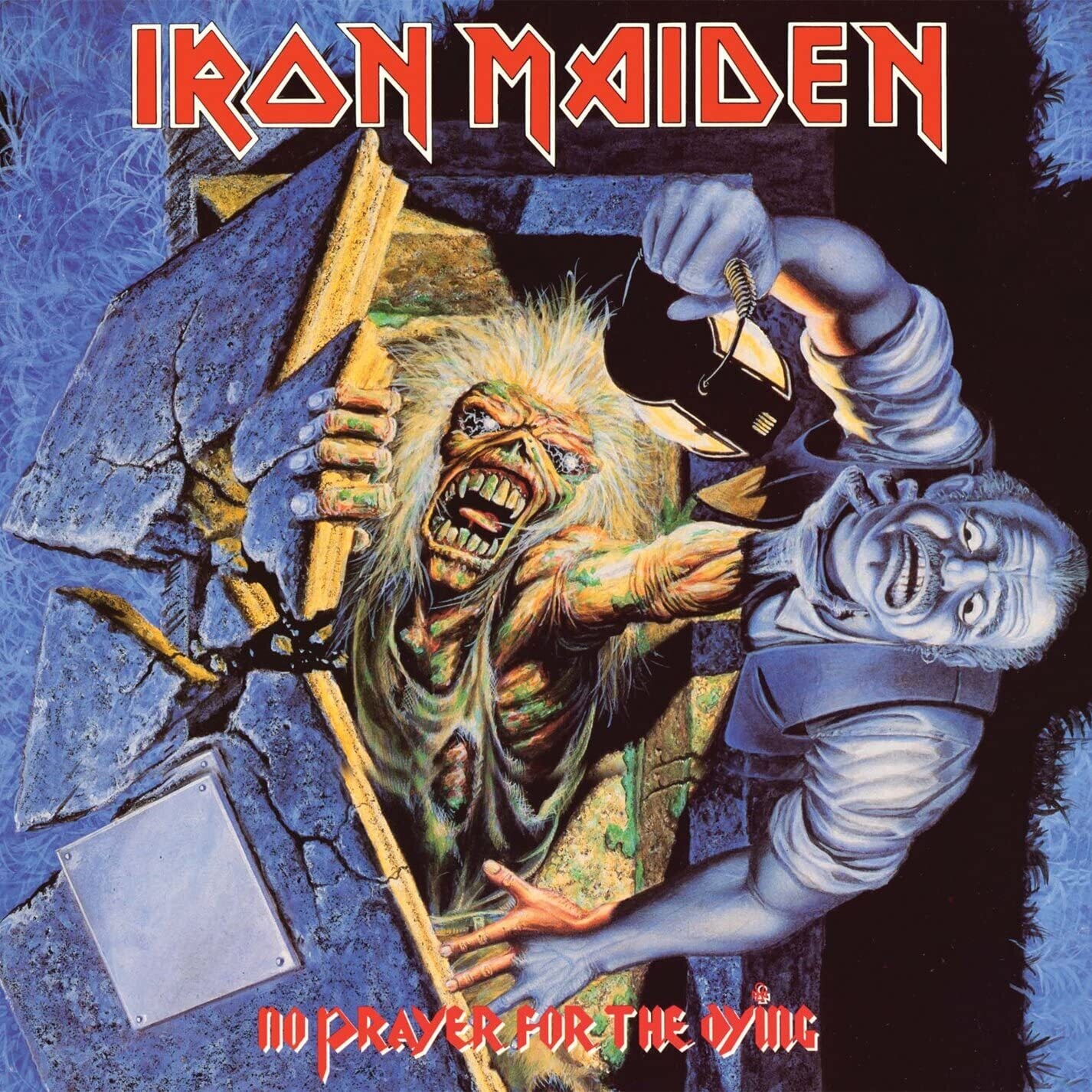 IRON MAIDEN - No Prayer For The Dying (sealed LP copy) (2017 Parlophone re-issue on 180gram Black vinyl - original album art & high-res audio remaster). Issued with an inner sleeve including lyrics & credits on one side and photos on the other. The remasters are the 2015 digital remasters.

No Prayer For The Dying is the 8th full-length studio album from Iron Maiden. It is their first album to feature Janick Gers on guitar, who replaced Adrian Smith. This marks their first line-up change since 1982; Smith left the band during the pre-production phase, unhappy with the musical direction it was taking.

The album departed from the keyboard and synthesiser-saturated Progressive Rock direction of the band's two previous studio outings (1986's Somewhere In Time and 1988's Seventh Son Of A Seventh Son) in favor of a more "stripped down," straightforward style, reminiscent of the band's earlier material, which ushered in a change of vocal style for Bruce Dickinson from the operatic sound of the 1980's to a raspier way of singing. -- Parlophone – 0190295852351