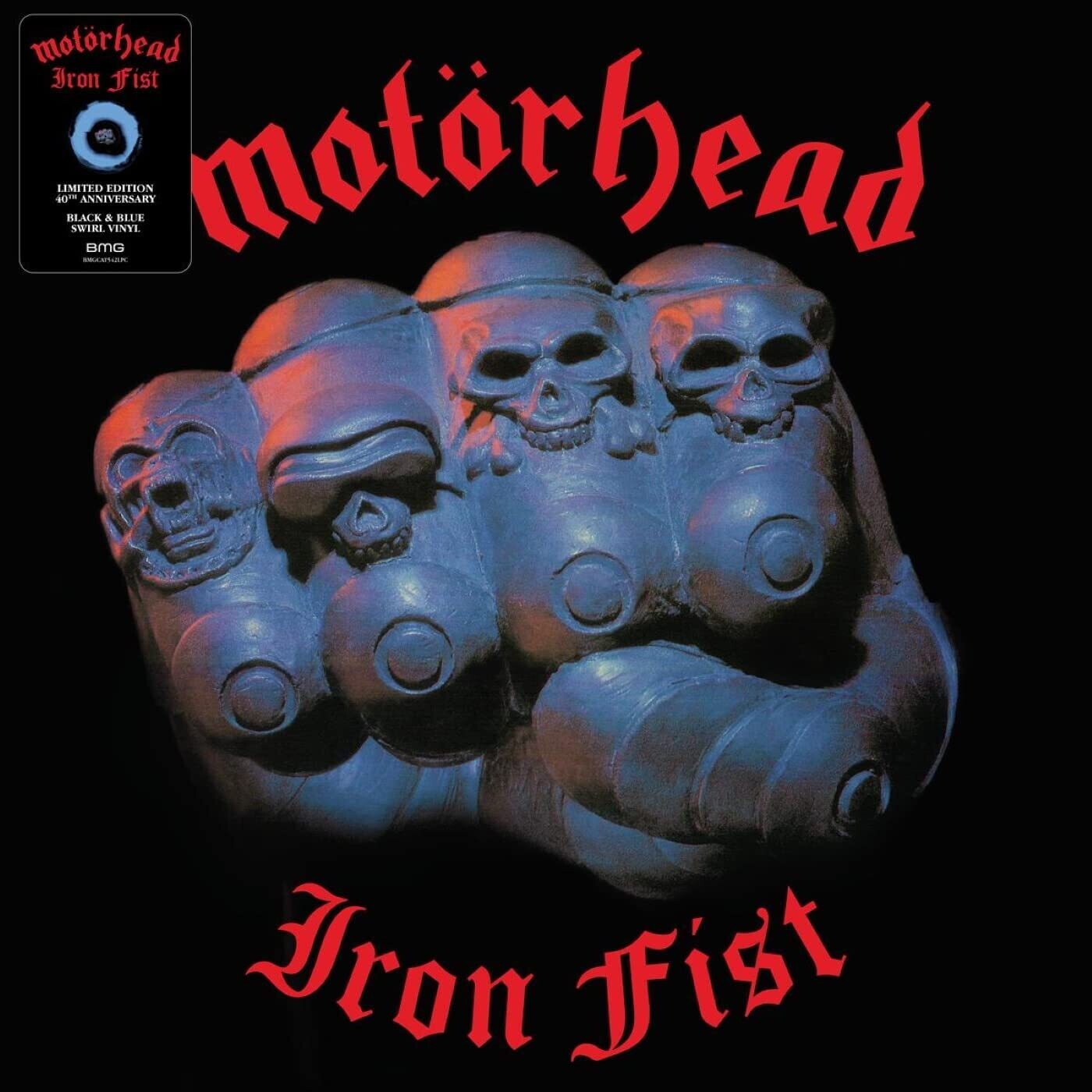 Iron Fist is repositioned as a vital snapshot of Motörhead at a crucial period when they found themselves caught in the tornado ignited by success and, in true Motörhead style, careered into their next phase at such velocity it transcended logic or reason to become this trio's final kamikaze joyride.

Forty years later, with fall-out long dissipated and a proper mastering job that avoided it at the time, Iron Fist sounds like prime Motörhead with the gloves and seat-belts off. For sheer velocity, it could be fastest of them all, the ferocious title track earning such an accolade in Kerrang! In it's tribute spread to Lemmy after he passed away.

By 1982, Punk had been and gone, the new wave of Heavy Metal sounded squeaky and cliched next to it's grubby godfathers and, while still trouncing all opposition, Motörhead retained that essential ability to laugh at everything, including themselves as they made lightning raids on every sense and orifice with everything cranked to overload. This is the limited edition Black & Blue Swirl vinyl single LP of the album. -- BMG – BMGCAT5421LPC