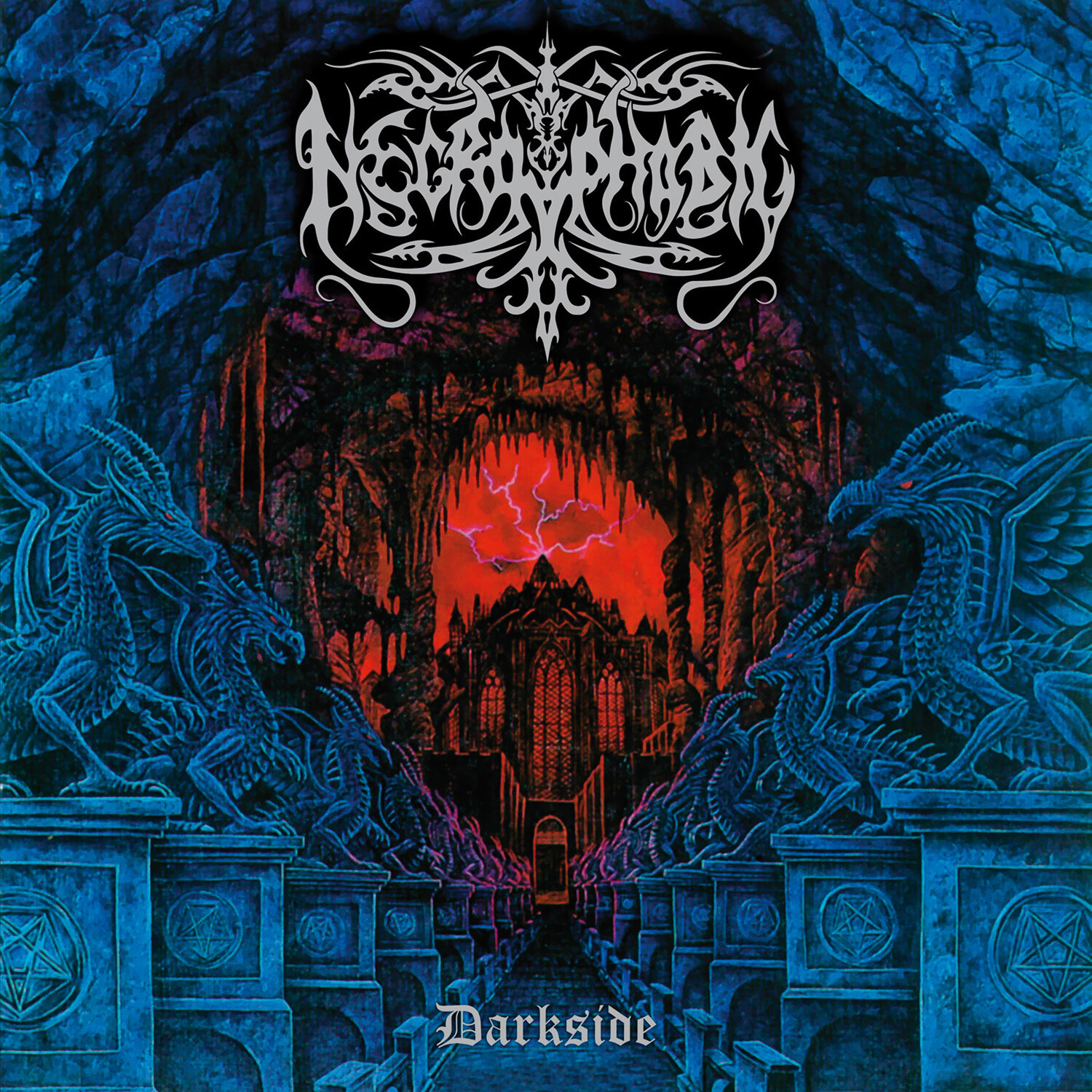 NECROPHOBIC (Sweden) - Darkside (sealed LP copy) (2022 Century Media Re-issue on 180gram Black vinyl - includes LP-sized booklet and poster). Fully remastered, by Dan Swanö sounding bigger than ever before, with album artwork faithfully reconstructed. “Darkside” is the 2nd full-length studio album from Necrophobic. Recorded in 1996 and released in 1997, this classic album is one of the most overlooked masterpieces in the Black/Death genre to be encountered.

As “Black Moon Rising” begins, one hears that the Satanic Death Metal sound from “The Nocturnal Silence” has evolved into something more dark and sinister. The guitars are more piercing, the tempo is faster and the sound is all around more raw and dark. This is Swedish Black Metal at it’s best. This album, more than any other you might have heard, really seems like a tribute to the night, to the full moon, blood, darkness and evil. The guitar sound is not only cold, it also carries a very nocturnal feel to it.

The solo work is also very well done and fits in with the music incredibly well, working to accentuate the riff rather than some throwaway solo that serves no purpose. While some could make comparisons to Dissection and Dark Funeral (mainly due to the guitar tone/player and little else), this really stands on its own. It shares small similarities in sound, technique and atmosphere, yet creates something here that I find to be wholly unique. This is Cold Nocturnal Black Metal, and it is something that I recommend very highly, especially to fans of old Dissection, Dismember, Dark Funeral, Entombed and Grave. -- Century Media – 19439995721