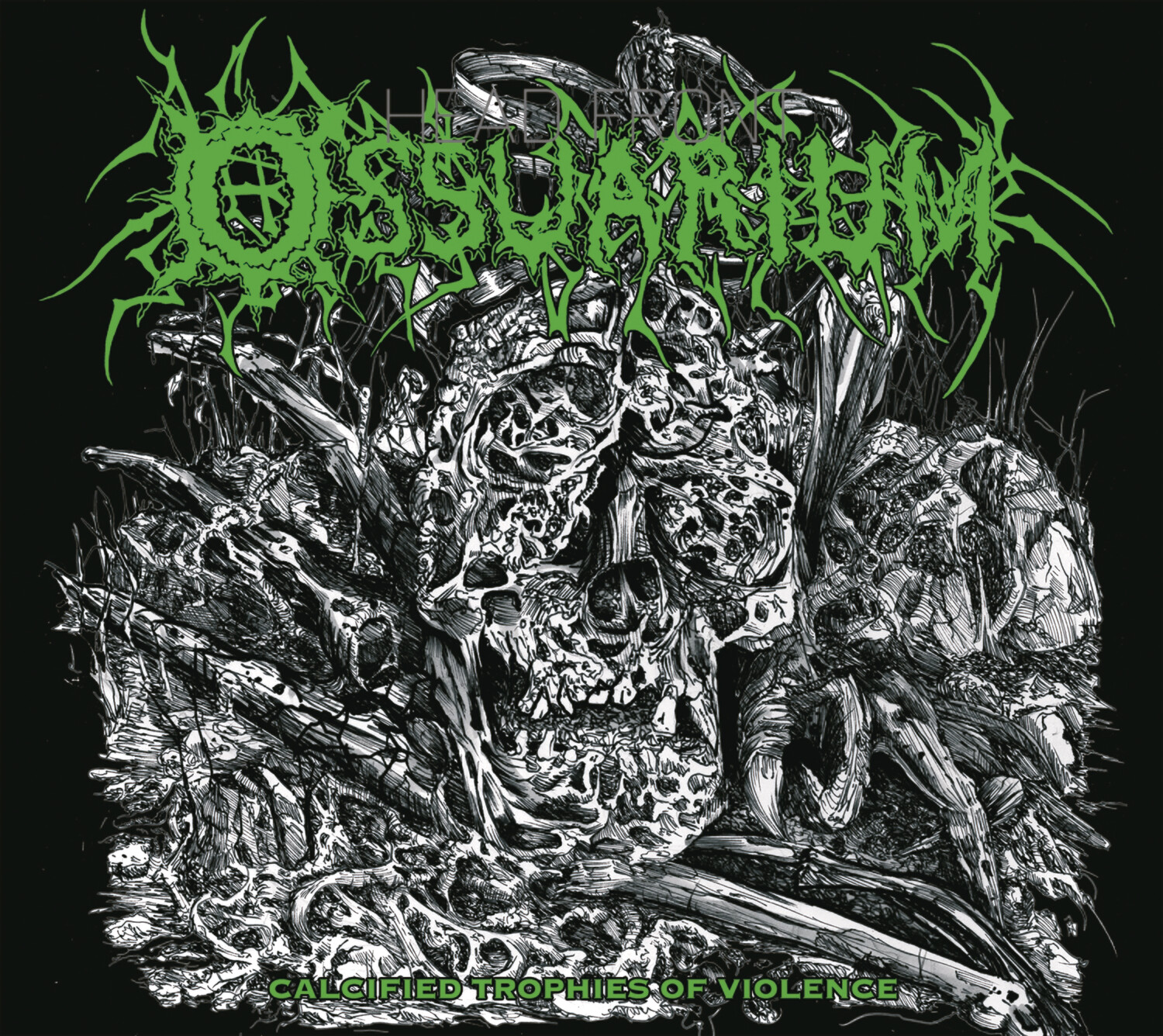 Originally created as an outlet for Ryan Koger (drums) and Daniel Kelley (guitar/vocals) to express their mutual interest in late 80's and early 90's American Death Metal, OSSUARIUM fiendishly manifested into its current form with the addition of Nate McCleary (lead guitar) and Jeff Roman (bass) to their lineup in early 2017, after which they began writing the songs that would eventually become Calcified Trophies of Violence. Originally released on November 6th, 2017.

Indeed, their opening salvo seethes with the same eldritch darkness of their aesthetic forebears, pulsing with a similarly linear heft that marked so much classic Death Metal during the turn of the 90's. Even the production itself is era-accurate, so authentic is the band's understanding of the form: OSSUARIUM have arrived with Calcified Trophies of Violence. -- Blood Harvest – YOTZ #2018-006-MCD