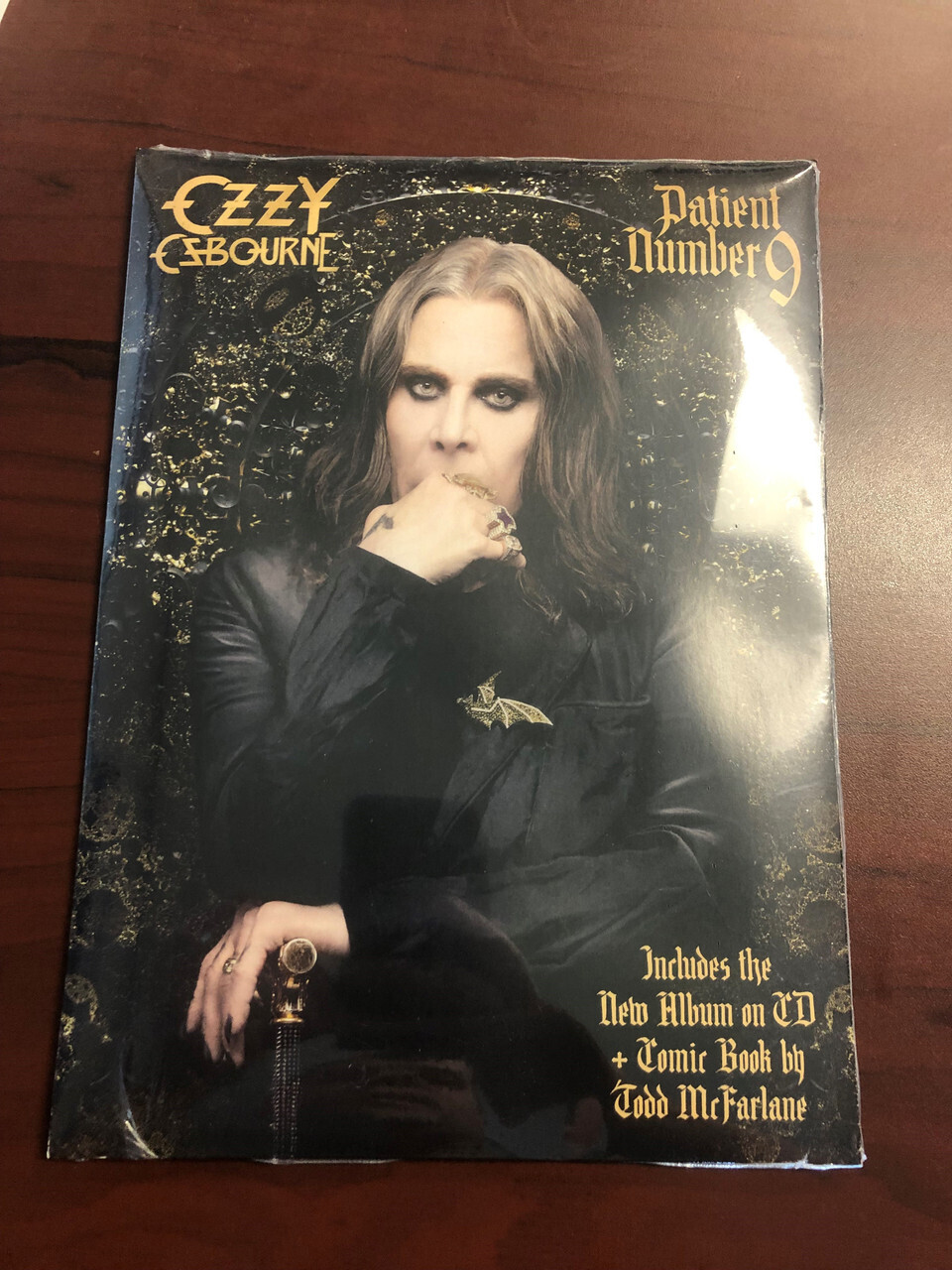 OZZY OSBOURNE - Patient Number 9 (sealed CD copy) (2022) Comic book-sized folder including CD in a cardboard slipcase, a comic book with art by Todd McFarland, comic book-sized divider with title on one side and artist on the other.

Ozzy Osbourne's 13th solo full-length studio album and a continuation from 2020's top 5 release Ordinary Man, once again produced by Andrew Watt. This 13-track project running nearly over an hour long has the most legendary guests ever on an Ozzy Osbourne release.