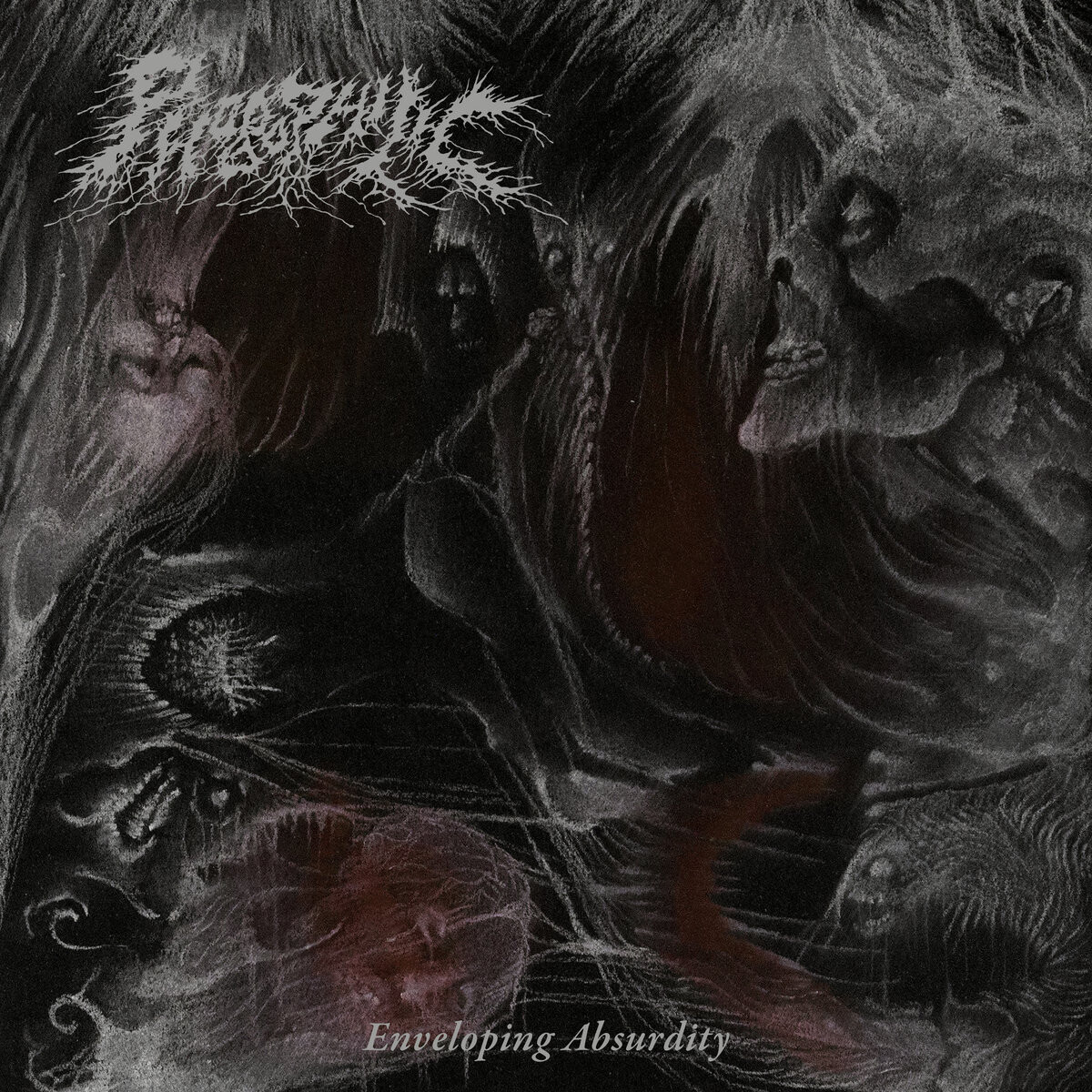 On their debut full-length studio offering, Fargo, North Dakota's PHOBOPHILIC rebel against notions of defeat and pessimism, in spite of the struggles that come with an overabundance of consciousness, to a profound embrace of that which ails as well as thrills. At the beating heart of Enveloping Absurdity’s sonic extremity is a victory of the self, not content with simply surviving, but choosing to live. The four-piece ruminate on philosophical absurdism, existentialism and human consciousness against a backdrop of suffocatingly minacious DEATH METAL.

Across Enveloping Absurdity’s runtime PHOBOPHILIC’s quest for elucidation is explored in punishingly heavy fashion across tracks such as Those Which Stare Back, Nauseating Despair and Survive in Obscurity. But for all of the Midwestern group’s Old-School Death Metal artisanship and lyrical angst, there is a fundamental rejection of misplaced nihilism in the form of quieter and reflective passages throughout. No better is this showcased than mid-album track Individuation’s calm before the storm, which offers up Enveloping Absurdity’s most contemplative moment.

PHOBOPHILIC’s formative promise is fully captured with a stellar production job that retains their to-the-bone intensity, but allows room for the underlying grandiosity of their compositions, thanks to Adam Tucker at Signaturetone Recording in Minneapolis, Minnesota. The artwork was then licensed from Finnish illustrator Joonas Räsänen at EvM Art, as the band sought to marry Enveloping Absurdity’s overarching thematic ponderance with aesthetic totality. -- Prosthetic Records – PROS105292