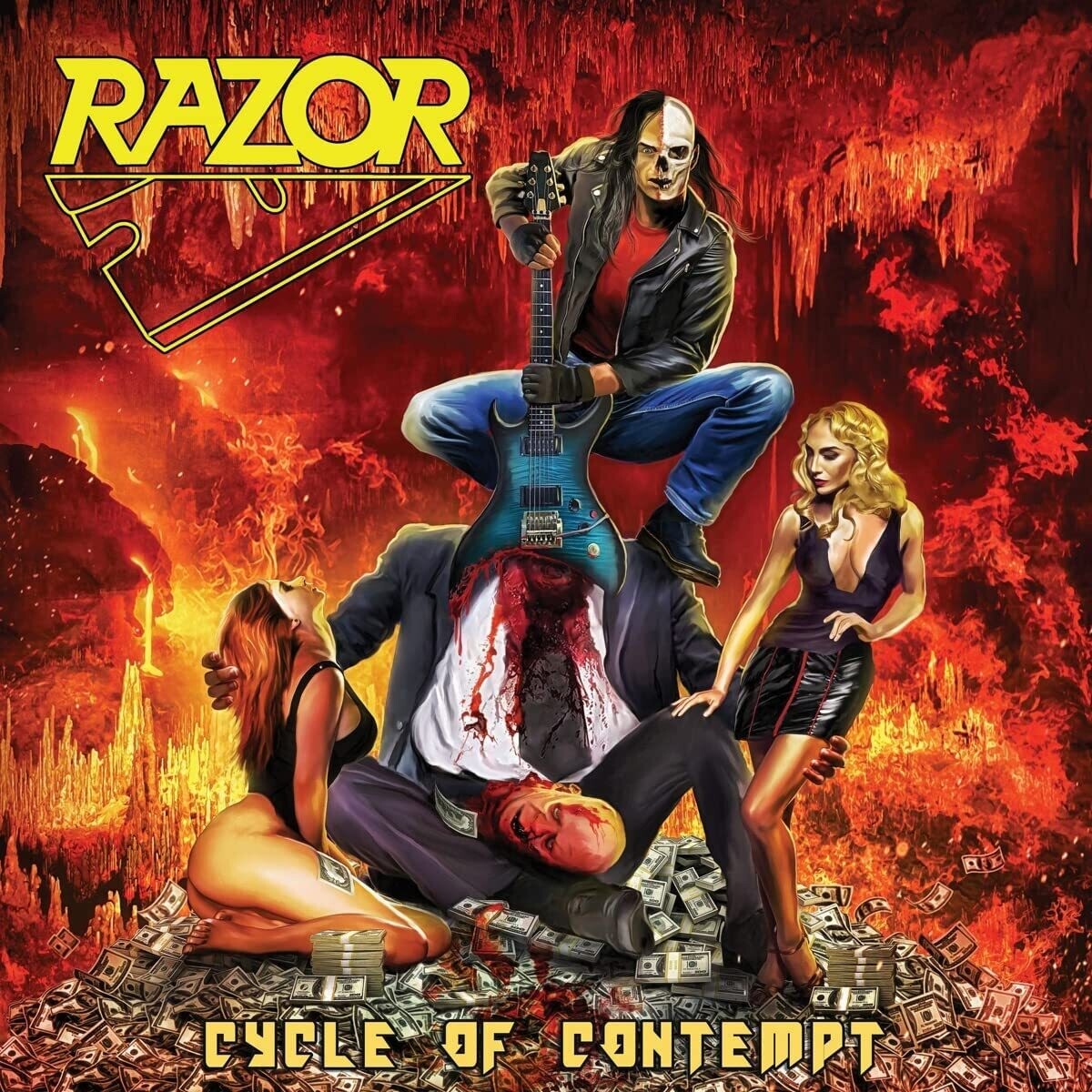 RAZOR (Ontario, Canada) - Cycle Of Contempt (sealed CD copy) (2022) Released by Relapse Records (USA). Anyone that cut their Metal teeth with The Big Four, and then dug a little deeper into the indie scene, should receive a major endorphin rush when they discover that speed and thrash masters Razor have just release their first studio offering in 25 years.

The album, Cycle of Contempt, is a direct, cutthroat record that pulls no punches and takes no prisoners. From the catchy, concise riffs and insistent beats of album opener "Flames of Hatred" to the double-barreled assault, muted power chord chugging and combative gang vocal of album closer "King Shit," Cycle of Contempt is a trenchant reminder of a time when clubs around the world were packed with long-haired bands that played as fast as they could and mosh pits that spun and tumbled like clothes in a short-circuiting dryer.

An unrelenting slab of Old-School Thrash that showcases RAZOR's encyclopedic knowledge of the past along with Carlo’s growth as a songwriter, player, and lyricist, Cycle of Contempt is here to show that RAZOR are as dominating as ever.

As energetic and exciting as Evil Invaders and as urgent and powerful as RAZOR's 1989 speed-fest Violent Restitution, Cycle of Contempt showcases a band that never stopped spewing venom. -- Relapse Records - RR7462