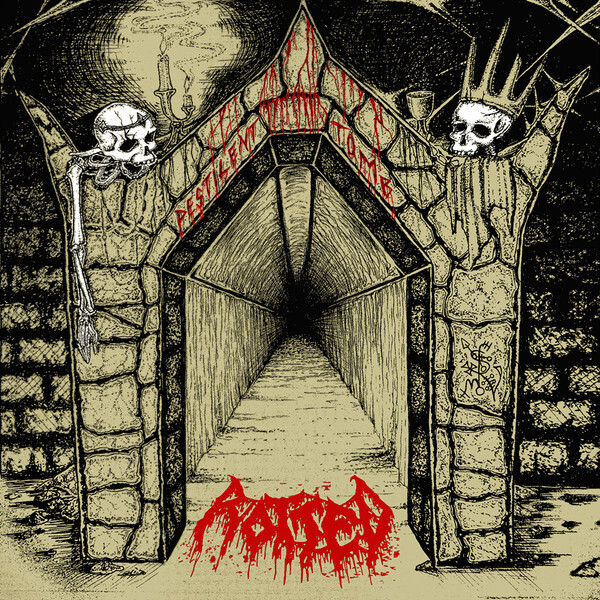 ROTTED formed in late 2016 with the intention of creating some of the most disgusting and filthy Death Metal influenced by the American and European bands of the late 80's and early 90's, and has since proven itself as a worthy name in the Death Metal underground. ROTTED's first demo, released in April 2017, was self-released by the band's sole member, Dylan Jones, and sold out only a few short weeks later with fans craving more.

The writing process began in late November after being discovered by Dark Blasphemies Records, and ended in early March, utilizing the demo tracks from this time for the "Pestilent Promo" cassette. Recording began in late March and ended in mid-May, and from there it was sent off for mixing and mastering, by the madman behind INERT, Xavier Aguilar. Backing vocals were provided by Ken Escobedo, the man behind the monstrous vocals in UNNATURAL (IL), and the artwork was handled by underground artist Jessica Baron.

Festering in the home studio of ROTTED, it has molded together into Pestilent Tomb, and it stands as a monument to all things death! Disgusting production, crushing guitars, monstrous vocals, thunderous drums, and killer bass... Who dares enter the Pestilent Tomb!? -- Nuclear Abominations – NA 010