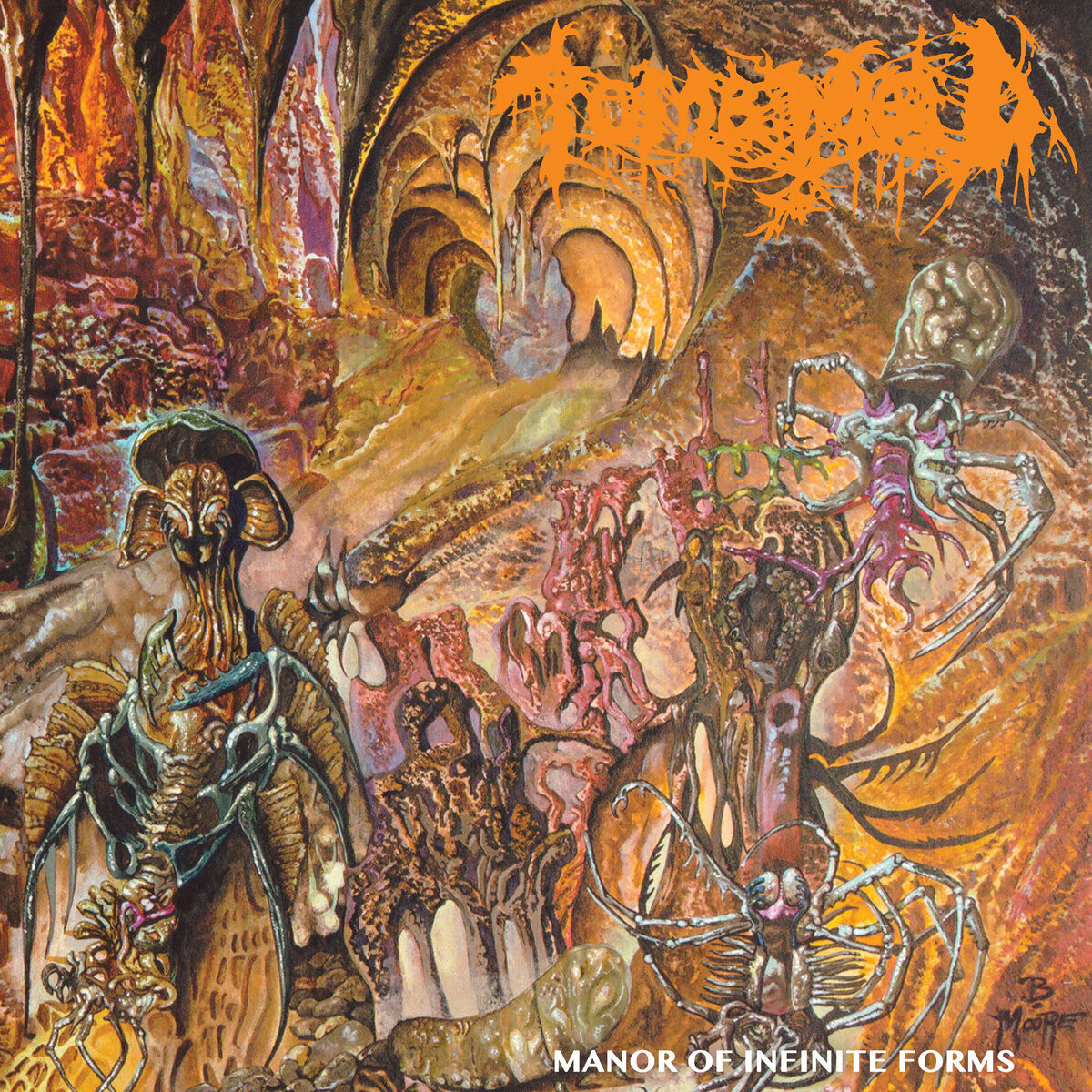 TOMB MOLD (Ontario, Canada) – Manor Of Infinite Forms LP (2022 20 Buck Spin re-press on Cloudy Orange Crush vinyl). Bubbling up from the oozing sewers of Toronto like a bizarre insectoid of mutant genotype, Tomb Mold reanimates with their 2nd full-length studio album, ‘Manor Of Infinite Forms’. Constructing monumental towers of obscure shape, jarring yet coherent, Tomb Mold compositions evoke a distorted world alongside our own where all manner of oddity and peculiarity are permitted. This album definitely put the band at the forefront of the contemporary Death Metal scene.