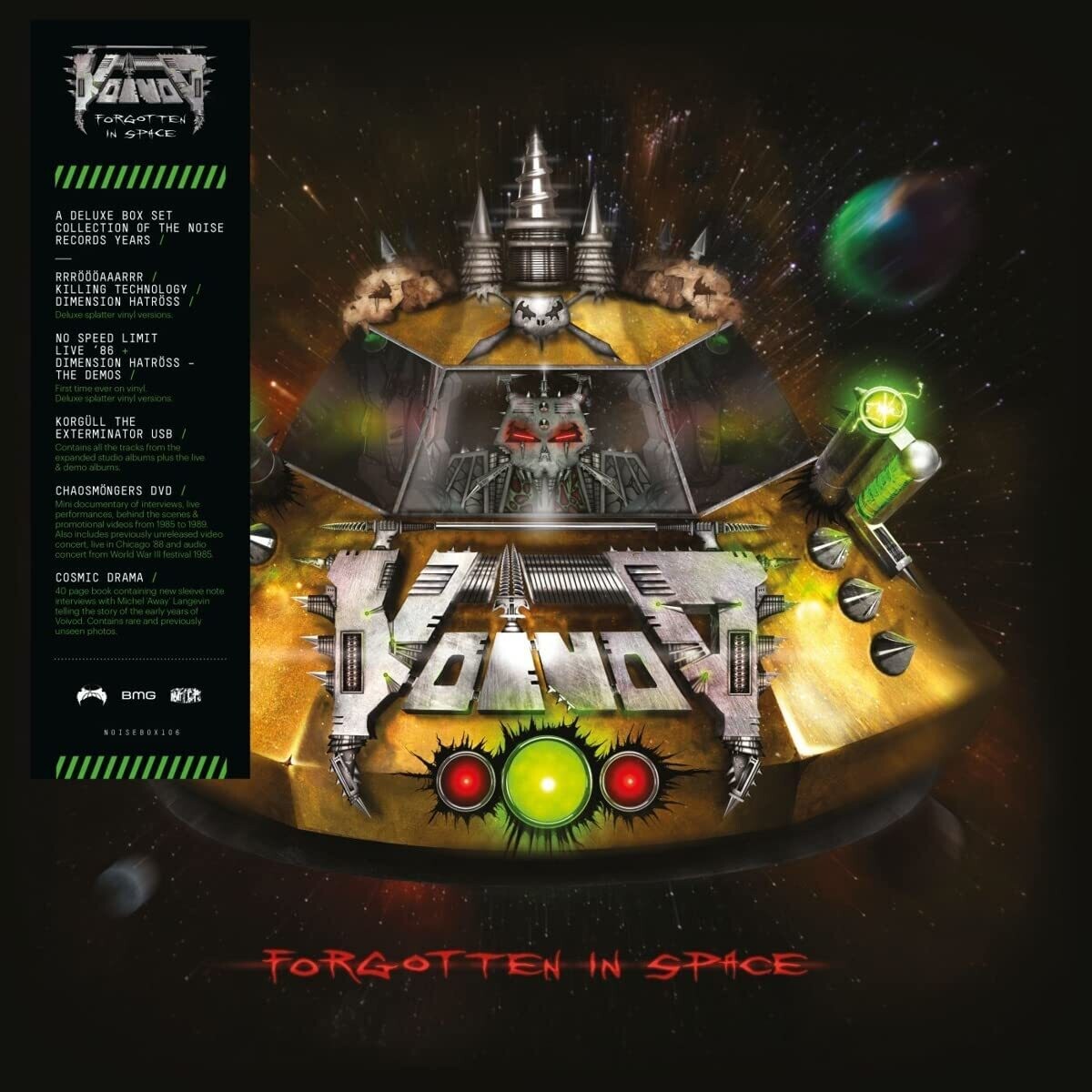 Killing Technology (1987) began the band’s evolution in earnest, with the character from Voivod’s album covers (drawn by drummer Away and named as “Korgull” on 1986’s Rrröööaaarrr) significantly being depicted in a spaceship. Drawing more heavily on Hardcore Punk than Metal influences by this point, Voivod began evolving without the aid of increasing speed and storytelling on the following Dimension Hatross.

Voivod was one of the first Thrash bands from Canada to gain popularity outside of their country’s borders, reaching the peak of their global popularity with the 1989 album Nothingface which featured a cover version of Pink Floyd’s “Astronomy Domine”.

Much of the band’s sound comes from guitarist Piggy’s use of dissonant chords, usually played in the high register of the guitar, used extensively on Nothingface. Albums like Dimension Hatröss are dominated by unexpected time signatures and guitarist Piggy’s liberal use of dissonant, unconventional minor chords. It was this unique style that won them the Visionary award at the 2017 Progressive Music Awards and sees them play all over the world to this day, to their huge global fanbase.

Chaosmongers - DVD (Containing a mini documentary plus a previously unseen concert from 1987 and an audio recording of the legendary WWIII show from 1985.) 12” x 12”, 40 page book of photography, and brand new interviews with founding member Michel ‘Away’ Langevin. Contains a vast array of previously unseen photos from the era.