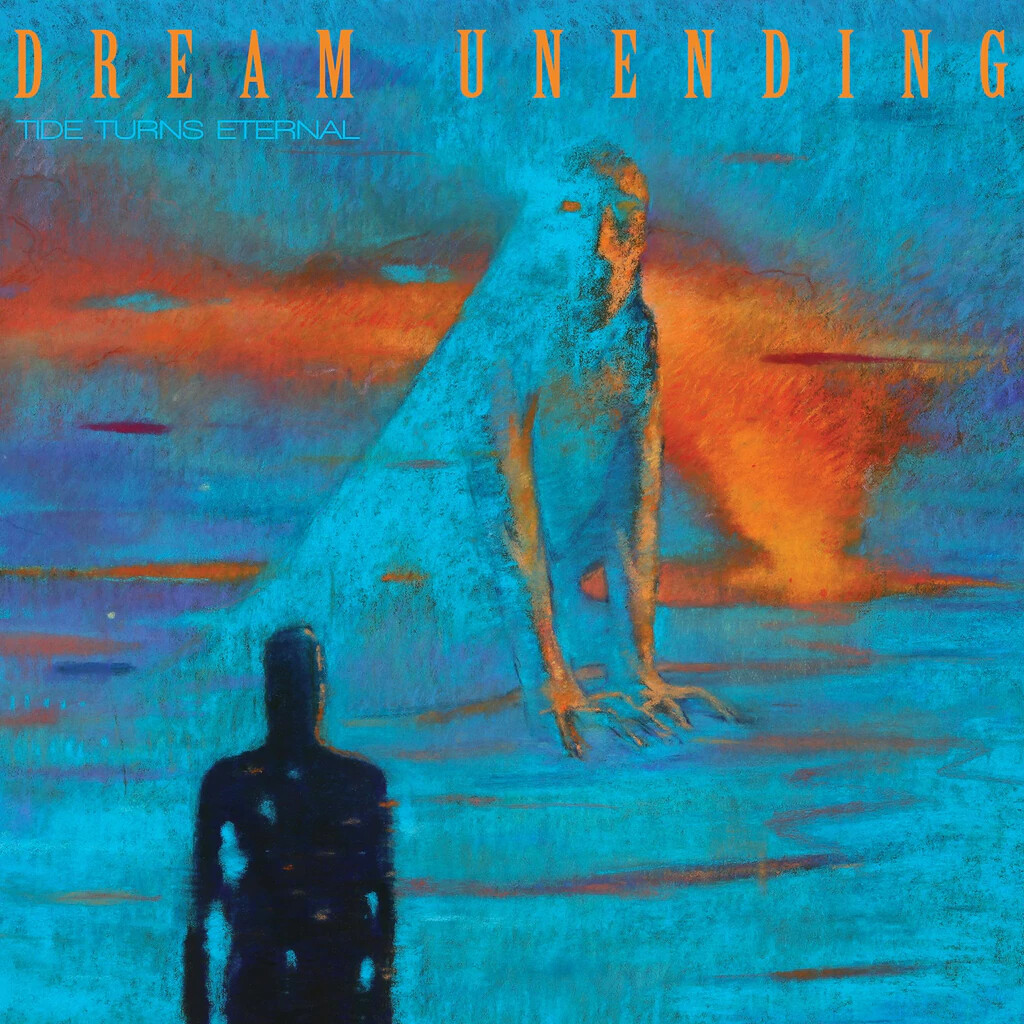 DREAM UNENDING (USA/Canada) – Tide Turns Eternal LP (2021) Traditional Black vinyl - 20 Buck Spin Records. Derrick Vella (Tomb Mold) and Justin DeTore (Innumerable Forms) have joined their dark psyches and deliberate, distinctive approaches to create Dream Unending. While it might be possible to point to certain elements of their debut full-length studio album ‘Tide Turns Eternal’ that are familiar in that regard, the fact is Dream Unending takes these two stalwarts of the modern underground Death Metal scene in some entirely new and unexpected directions, offering the first glimpse of what promises to be a constantly evolving form.

Imbued with the dark atmosphere and wilting romanticism of the legendary ‘Peaceville 3’, (Anathema in particular), Dream Unending merely uses that moment in time as a starting point to compose songs that drift between emotional states both forlorn and uplifting. Ascendent Floydian guitar textures and sparkling The Cure-esque strumming lift ‘Tides Turns Eternal’ out of the purely Metal realm, where moody rock introspection allows for Elysian respite before DeTore’s world crushing roar assures no escape from earthly tumult is certain.

Yet ‘Tide Turns Eternal’ is more a fever dream than the perpetual nightmare typical of the genre, a place where guarded hope is as possible and real as despair. In that way Dream Unending step into riskier territory, free to explore the vivid spectrum of human sentiment that ultimately leads away from the nihilism of everlasting pain. 20 Buck Spin – SPIN150