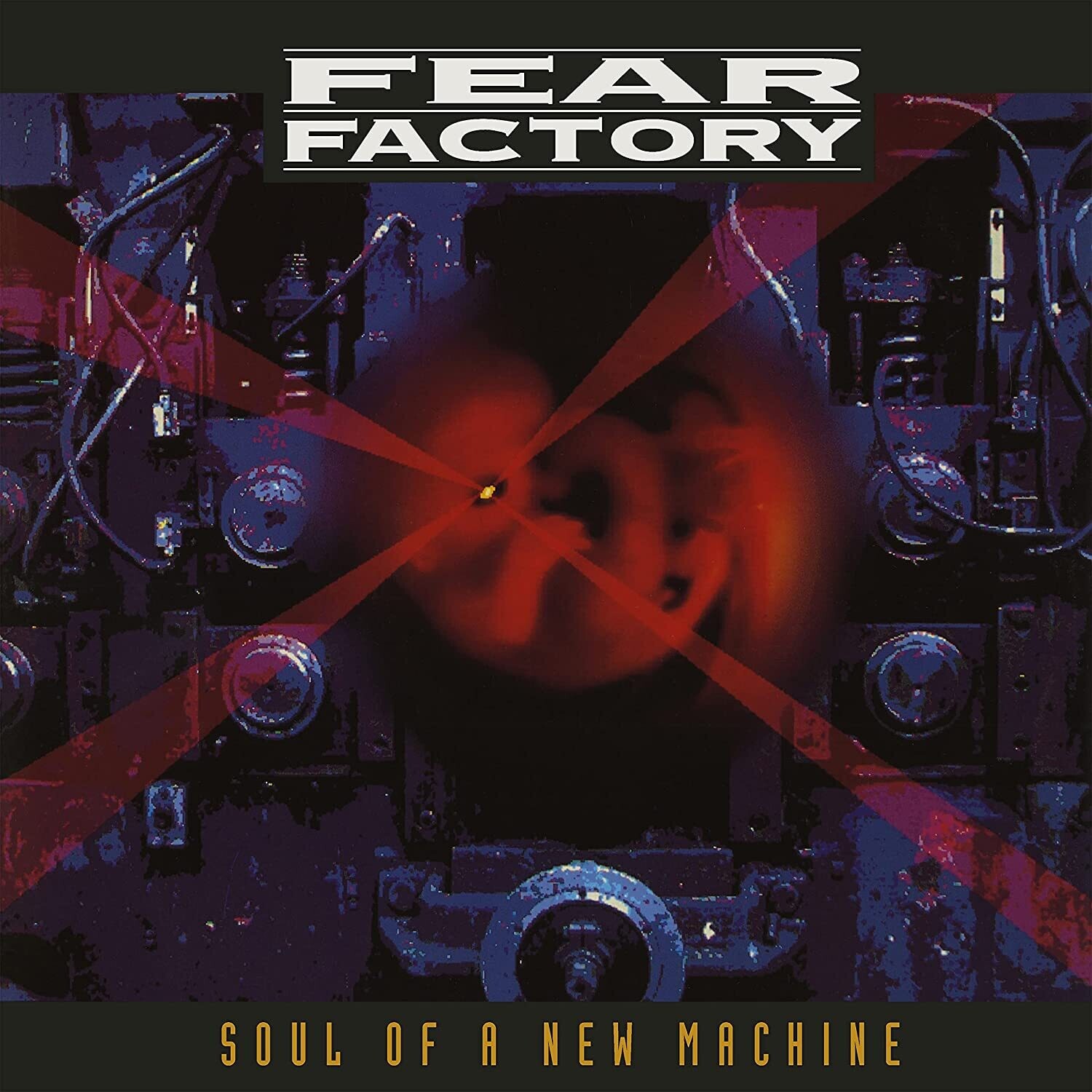 FEAR FACTORY (USA) - Soul Of A New Machine (Deluxe 3XLP) (2022) 30th Anniversary Edition on Triple Black gatefold vinyl - Run Out Groove's edition is the album's North American vinyl debut. It's expanded across three LP's with the 1993 "Fear Is The Mindkiller" EP (featuring remixes of songs from the album) and two previously unreleased instrumental mixes. Also includes an exclusive fold-out poster as well as a FF patch.

Debut full-length studio album originally released August 25th, 1992. Guitarist Dino Cazares has stated that this album is a concept album, concerning man's creation of a machine that could be either technological or governmental. The particular concept would later play a more prominent role in some of Fear Factory's later albums.

The sound of the record is different from the later albums, as it was influenced by many different extreme sub-genres of Metal, such as Death Metal, Thrash Metal and Grindcore, hence making the band an "anomaly" among others since it did not fit into any genre category at that time. -- Run Out Groove – ROGV-160