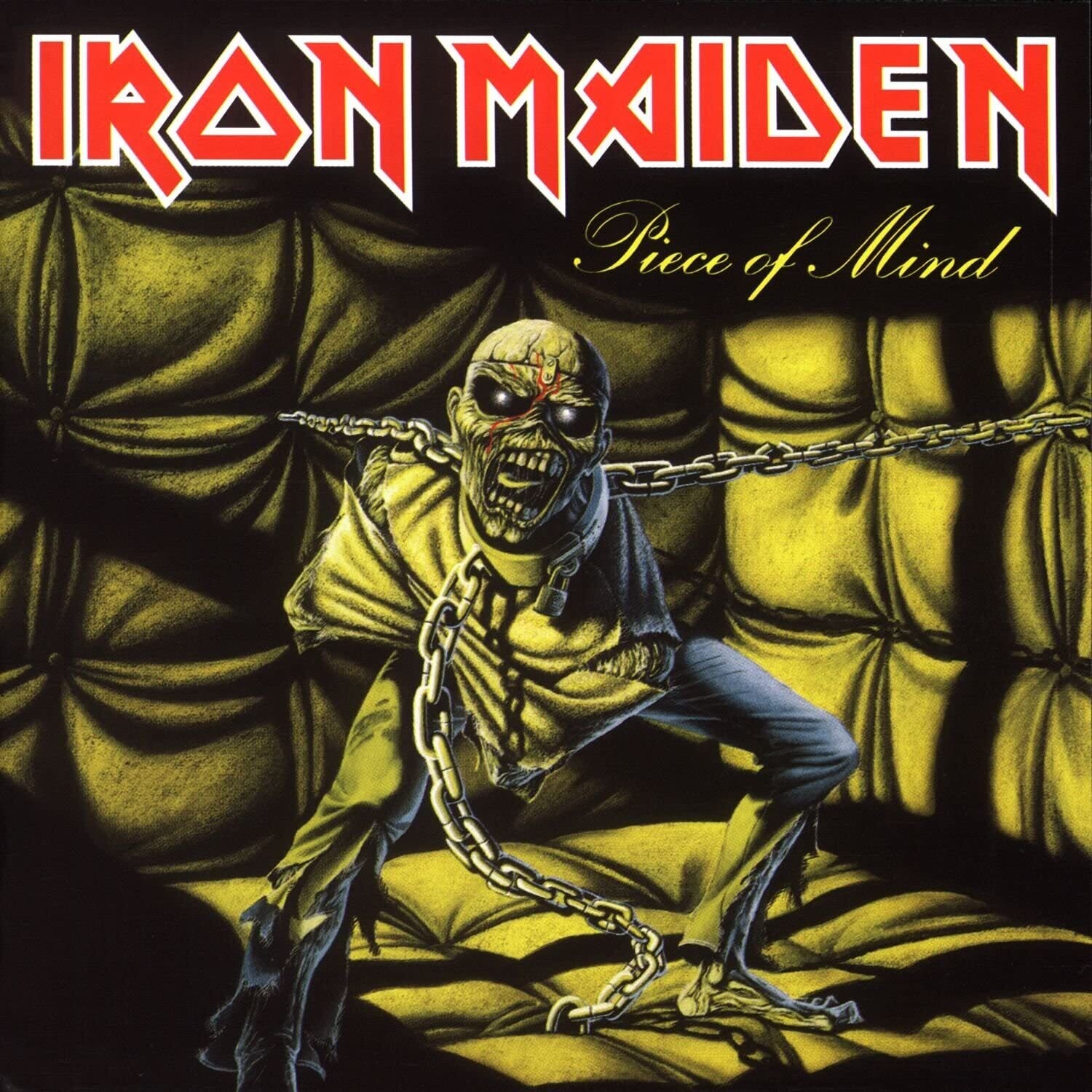 IRON MAIDEN – Piece Of Mind (sealed LP copy) (2014 Parlophone re-issue on 180gram Black vinyl - issued in a gatefold sleeve with lyrics printed on the inside).

Piece Of Mind is the 4th full-length studio album from Iron Maiden. It was released on May 16th, 1983 in the United Kingdom by EMI Records and in the United States by Capitol Records. It was the first album to feature drummer Nicko McBrain, who had recently left the band Trust and has been Iron Maiden's drummer ever since.