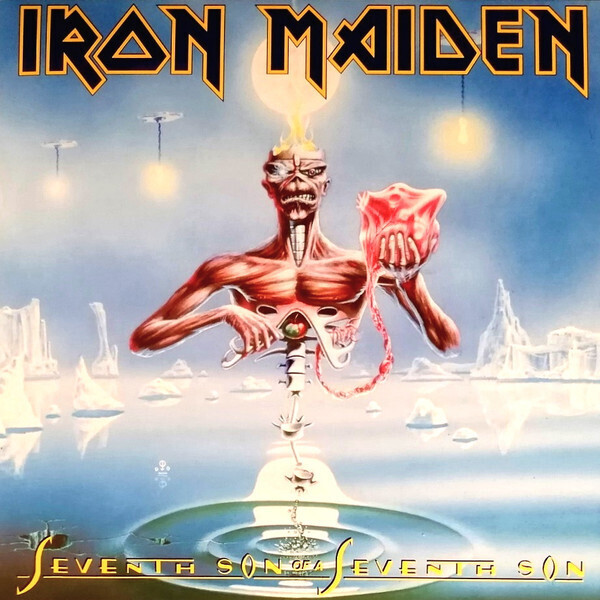 IRON MAIDEN – Seventh Son Of A Seventh Son (sealed LP copy) (2014 Parlophone re-issue on 180gram Black vinyl - issued with original artwork, including printed inner sleeve w/lyrics & credits). Seventh Son of a Seventh Son is the 7th full-length studio album from Iron Maiden. It was originally released on April 11th, 1988 in the United Kingdom by EMI Records and in the United States by Capitol Records.

Stylistically, Seventh Son of a Seventh Son developed the sounds first heard on Somewhere in Time, although, on this occasion, the synth effects were created by keyboards rather than bass or guitar synthesisers. According to Bruce Dickinson, the band decided not to hire a keyboard player, with the parts being "mainly one-finger stuff from Adrian Smith (guitarist), Steve, the engineer or whoever had a finger free at the time". Harris was fond of the development, in spite of the fact that the record did not sell as well as its predecessor in the United States; "I thought it was the best album we did since Piece of Mind.