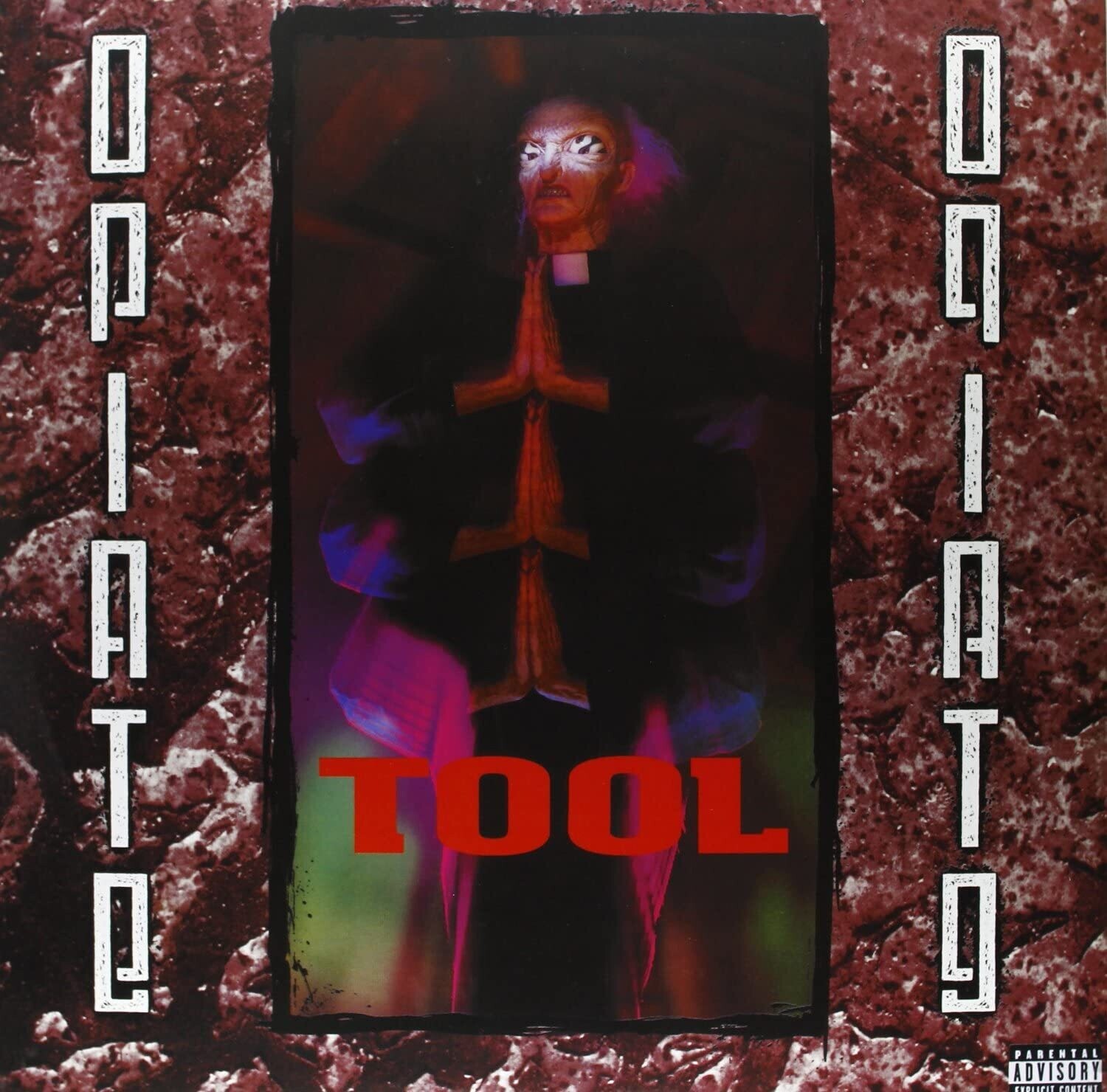 TOOL - Opiate (sealed LP copy) Released Volcano Records (USA) - on Traditional Black vinyl. This Volcano reissue uses a sleeve that still contains the Zoo logo and old cat# 72445-11027-1 while the labels have the Volcano logo and the updated cat#. Volcano – 61422-31027-1

Side B contains a hidden track, "The Gaping Lotus Experience", in a parallel groove.
Both it and "Cold And Ugly" lead into "Jerk-Off".

Sleeve differences from this pressing:
-The spine does NOT contain the name of the EP or the band.
-The entire sleeve has a more reddish tint.
-The Parental Advisory warning on the cover is part of the sleeve, NOT a sticker.

Opiate was produced and engineered by Sylvia Massy and former Minor Threat bassist Steve Hansgen. Originally released on March 10th, 1992, it was the result of some two years of the band playing together after their formation in 1990. Opiate preceded TOOL's first full-length release, Undertow, by a year. It is named after a quote by Karl Marx: "religion...is the opiate of the masses".