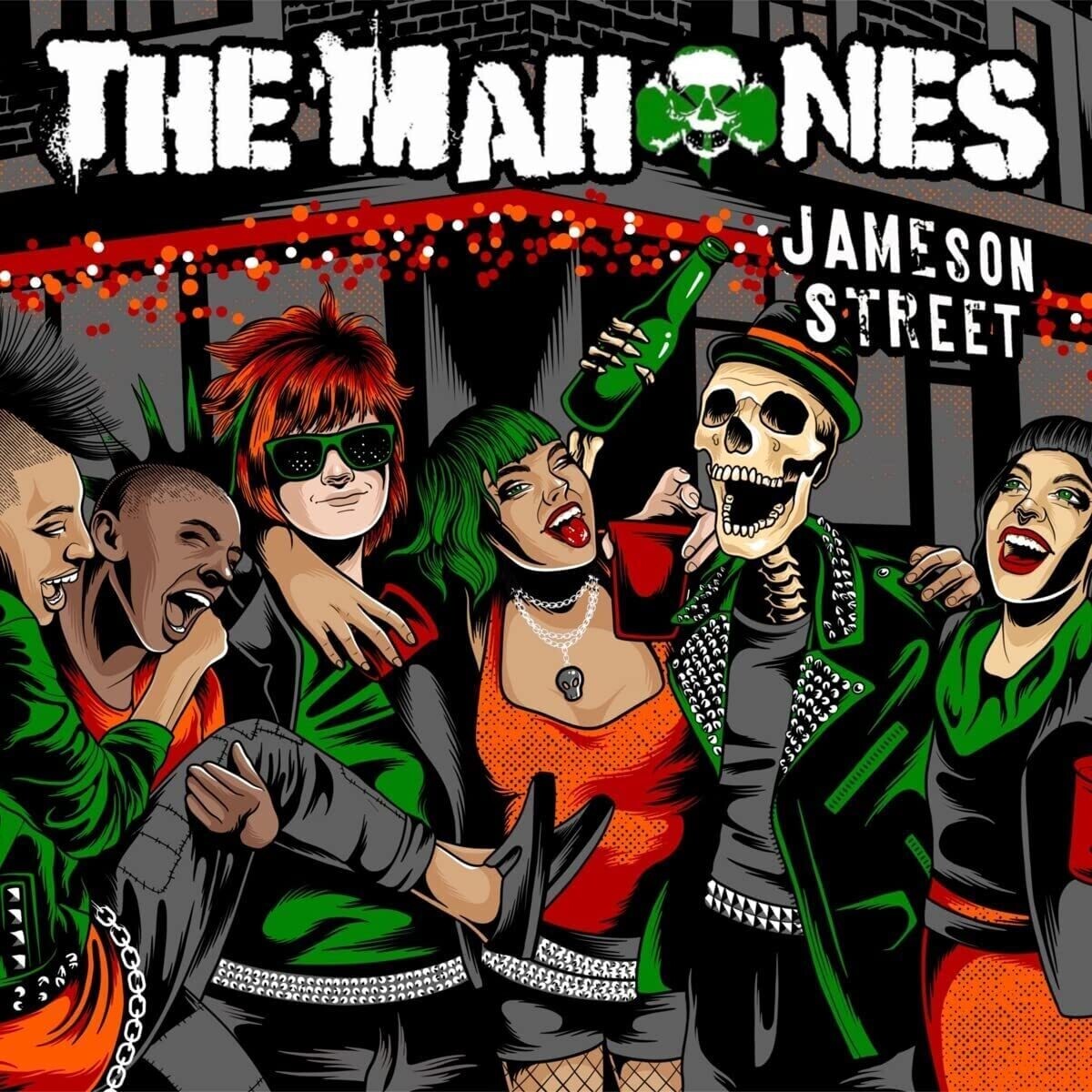 THE MAHONES (Canada) - Jameson Street (sealed Digipak CD copy) (2022) **THIS IS A PRE-ORDER ITEM - WILL NOT SHIP UNTIL THE ALBUM's OFFICIAL RELEASE DATE OF OCTOBER 7th, 2022** The first full-length album of new music from The Mahones since 2019 is a pub-on-fire party that touches upon their favourite topics: love, drinking, fighting and hope.

The band has evolved over time but the core musicianship remains, with a large group of 17 and even more special guests bringing unbridled energy and attitude to the record. The 12-song album includes traditional Celtic motifs and instruments (Irish flute, tin whistle, accordion, mandolin and fiddle) played with the vigor and punch of the Punk aesthetic.

Whenever references are made to Celtic-Punk, The Mahones are listed alongside their peers Dropkick Murphys and The Pogues, and are considered seminal pioneers of the Irish Punk genre in North America.

Led by the charismatic frontman Finny McConnell, The Mahones began as a one-off band for a St. Patrick's Day party, but quickly became a 150-dates per year global touring phenomenon. The Mahones have released fifteen albums, including 2020's 30th Anniversary album "This Is All We've Got To Show For It" -- True North Records - TND795