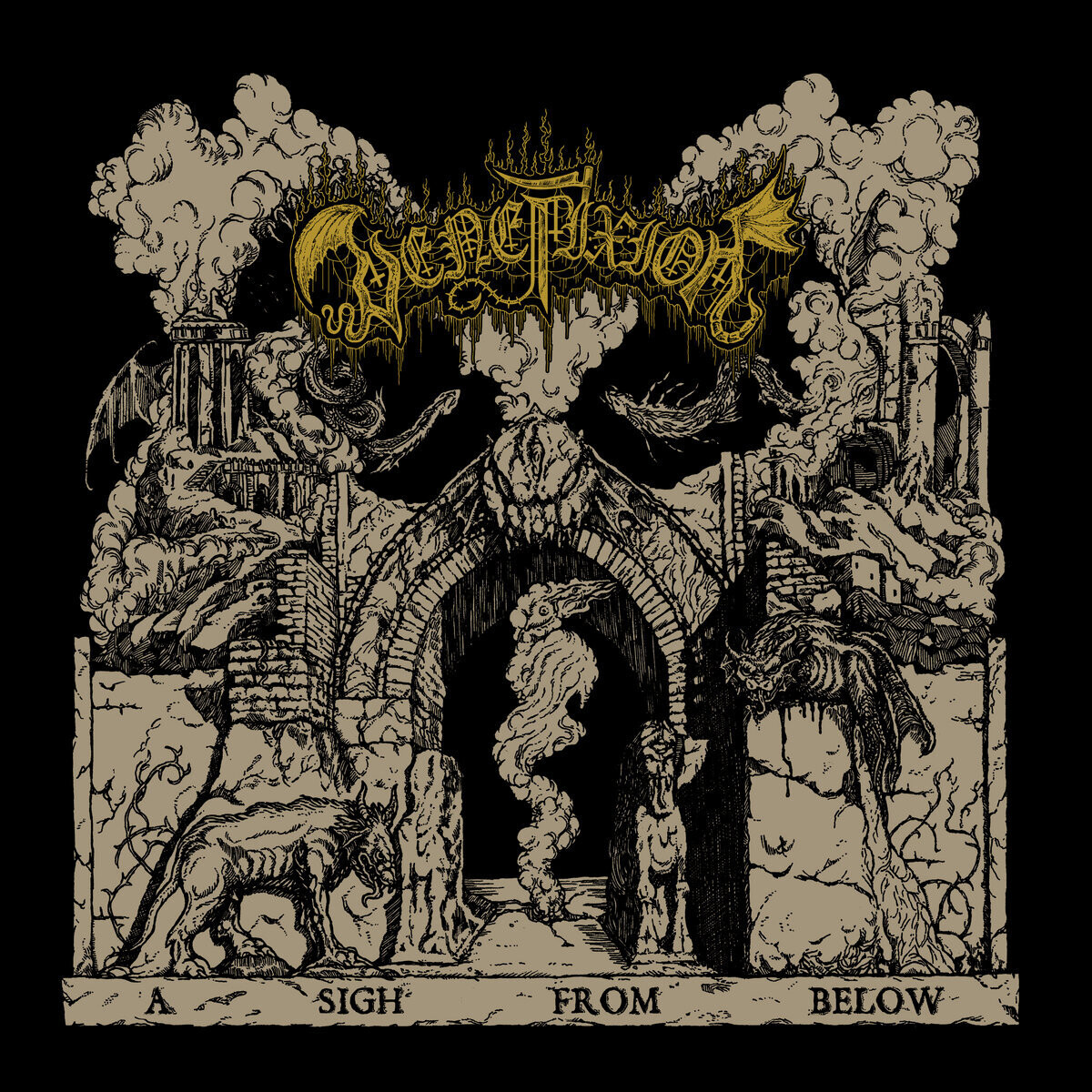 Venefixion - A Sigh From Below LP (Black Vinyl)

On the boil since their formation in 2013, the French cult of VENEFIXION have been patiently perfecting their Metal of Death over the course of three wisely parceled-out short-lengths: 2015's Defixio demo, 2016's Amorican Deathrites EP, and a split mini-album with Belgian comrades POSSESSION in 2019, all courtesy of IRON BONEHEAD.

At last, it arrives with VENEFIXION's long-awaited debut full-length studio album, A Sigh From Below. Flexing the very same muscles as those celebrated short-lengths - rabid, red-eyed, fierce, feral, and exhibiting a startling sense of confidence and daresay swagger - here on the longer-form A Sigh From Below do the quintet reach for the epic: of the furthest reaches of the abyss, of the most clandestine corners of the taboo, of the very threshold of the human psyche.

That their musings are now rendered in robustly 3D production simply makes their kiss of death that much sweeter; VENEFIXION can verily hold their own with Death Metal's biggest names as well as the underground's most lawless. Which is all to say that A Sigh From Below recasts the band in a grander light, one that's more the illuminating light of Lucifer as opposed to just never-ending darkness - the same band, but also different.

No, for VENEFIXION is this Art that MUST be boldly proclaimed and proselytized far and wide, striking their flaming sword across the necks of both the converted and disbelieving alike. This is the underground come to devour those above - no one is spared! -- Iron Bonehead Productions – IBP511